The road to Wadi Bani Khalid is beset with dangers on all sides. 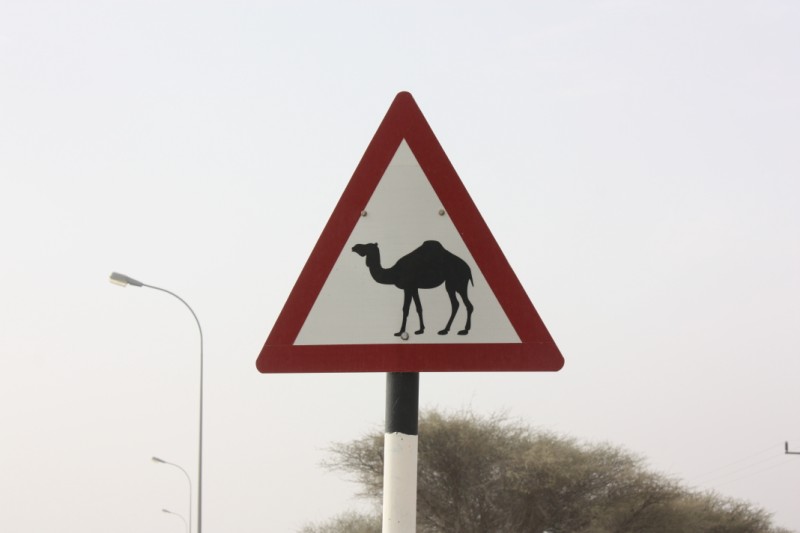 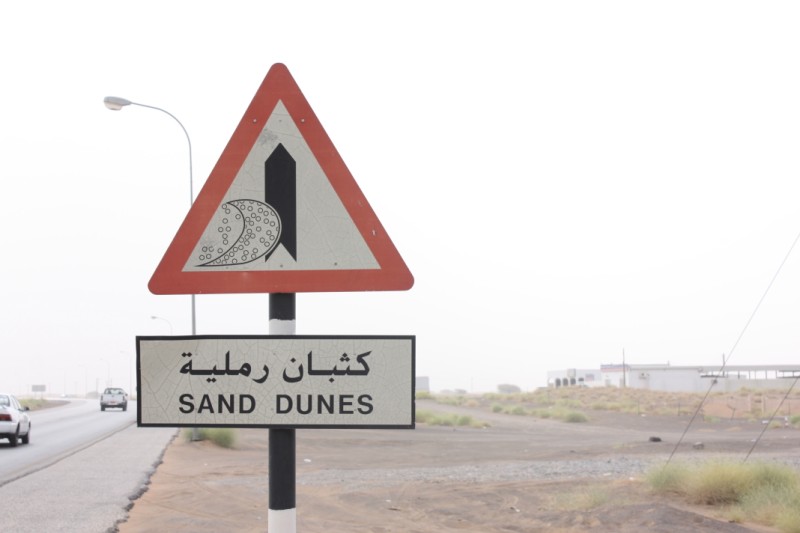 And worst of all… cross winds! 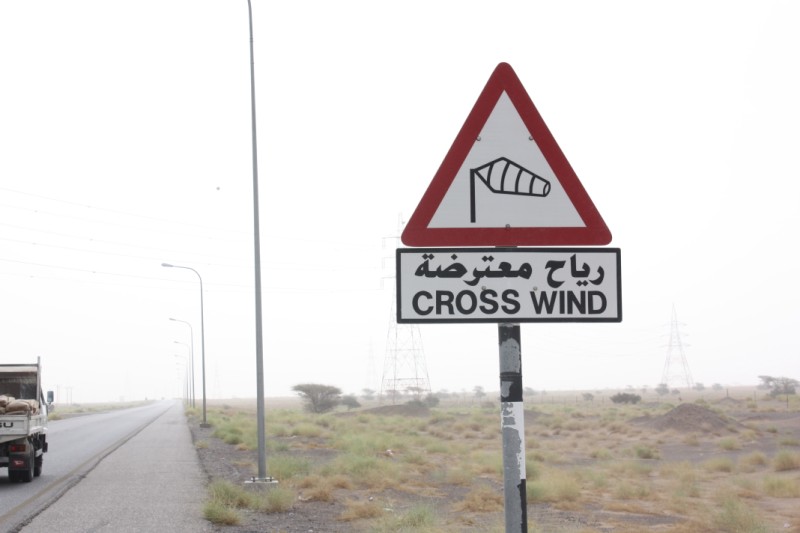 For those who make it there alive, Wadi Bani Khalid has water in its pools year-round, which makes it a popular swimming spot.  Rules are quite strict, however: 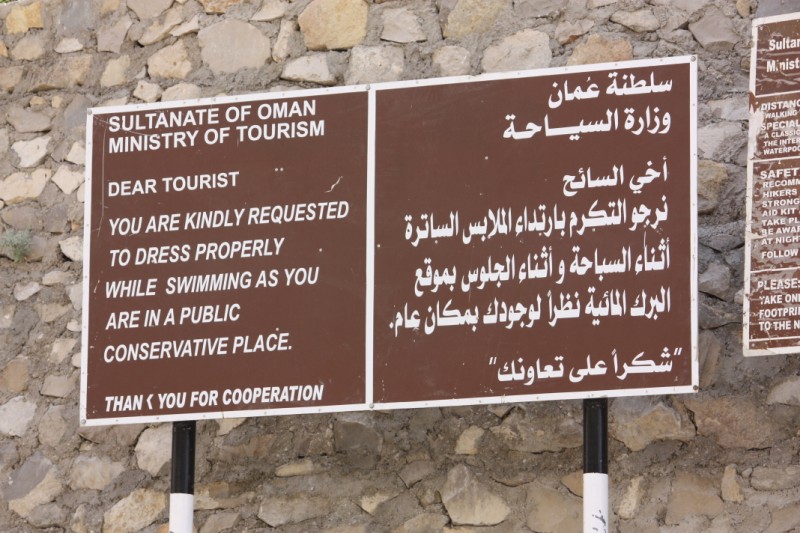 One might have thought that conservatism meant not perving at other people’s swimming costumes, but you learn something new.

Not being properly dressed, I instead hauled myself up a hill.   The whole path to the coast takes three days, but I thought after an hour or so I’d done my bit.

These hills, the Eastern Hajjar, are uncompromising: huge slabs of dry, crumbly rock, flaking away in layers where the water’s got to it: 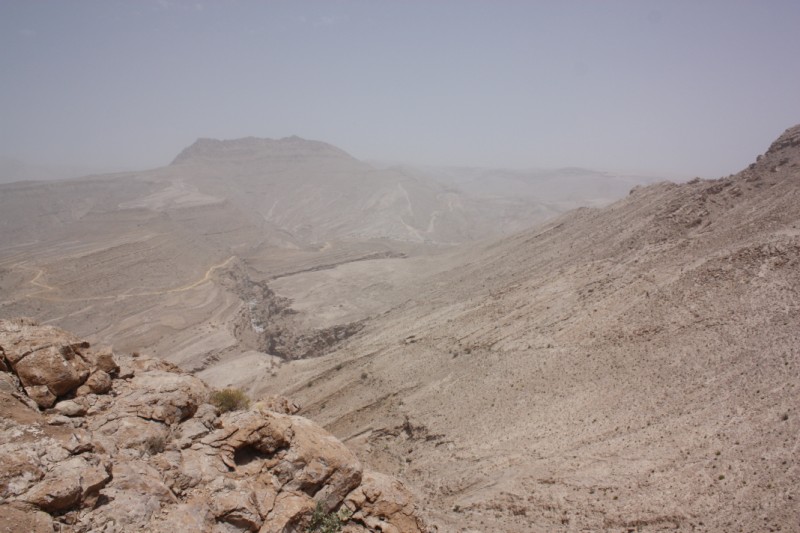 Accompanying me on the way up was some of the local wildlife, apparently convinced by my struggles that the end was nigh.   First a group of Egyptian vultures, which are quite common here: 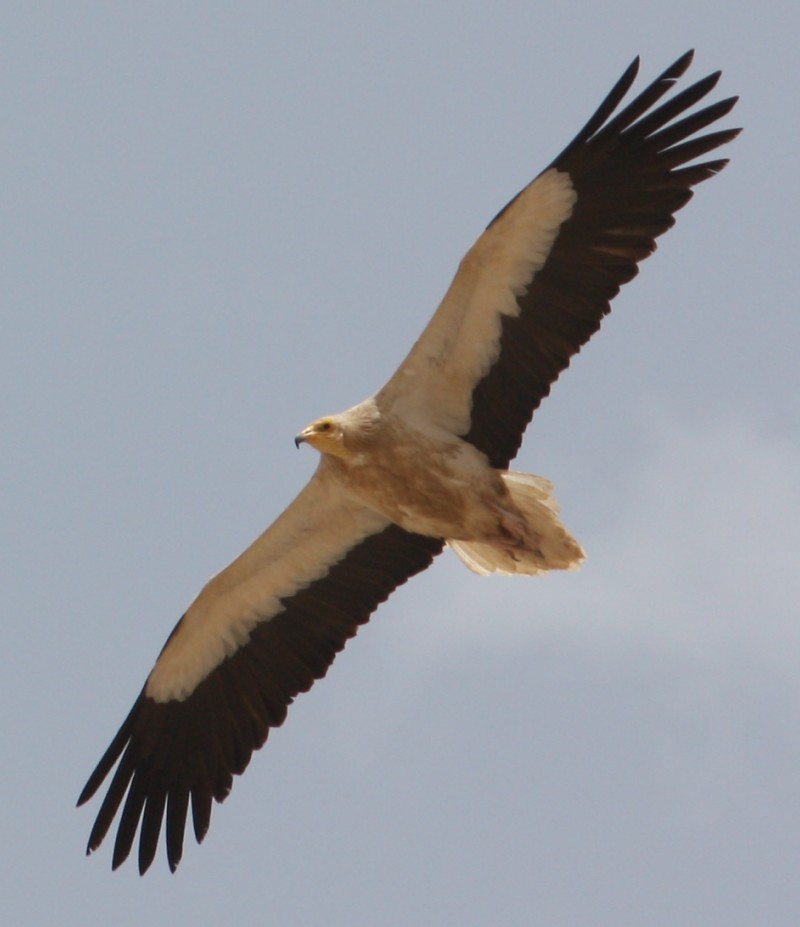 And then the boss bird, a lappet-faced vulture:

Apparently this is one of the toughest vultures around, and it’s a quite intimidating sight circling over one’s head.

This entry was posted in Nature. Bookmark the permalink.