Our farewell to South Georgia was made at St Andrews Bay. The expedition team kept us on the edge of our seats waiting to find out whether we would be able to land (it was their first landing at this site), and we were very happy to get the go-ahead.

We weren’t the first to arrive, however: the boat in front of the Cook Glacier here was carrying a group of wildlife photographers, one fashion photographer, and one model. I don’t know how many layers she was wearing. 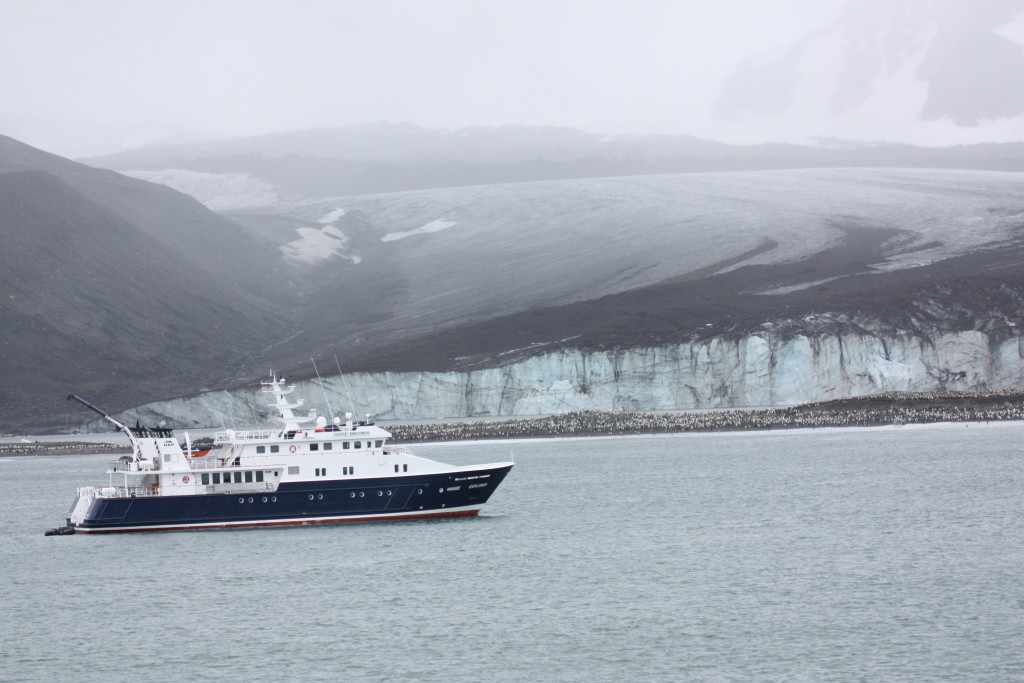 As soon as we landed, it was clear that this was a special place. The female Elephant Seals were very curious, climbing all over the equipment and, in some cases, trying to get up people’s legs: 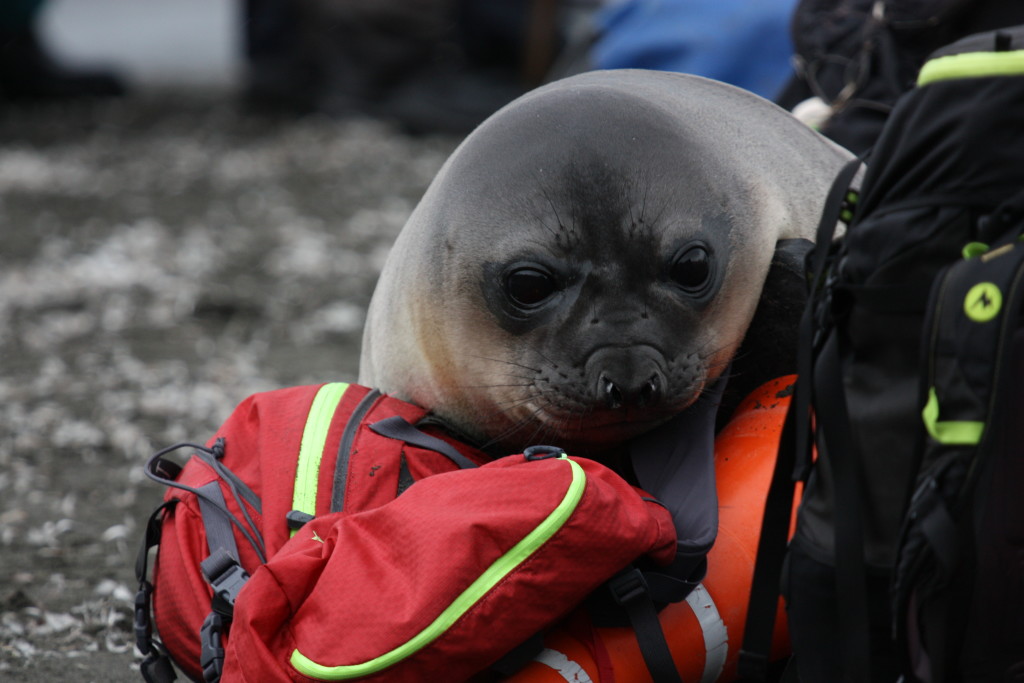 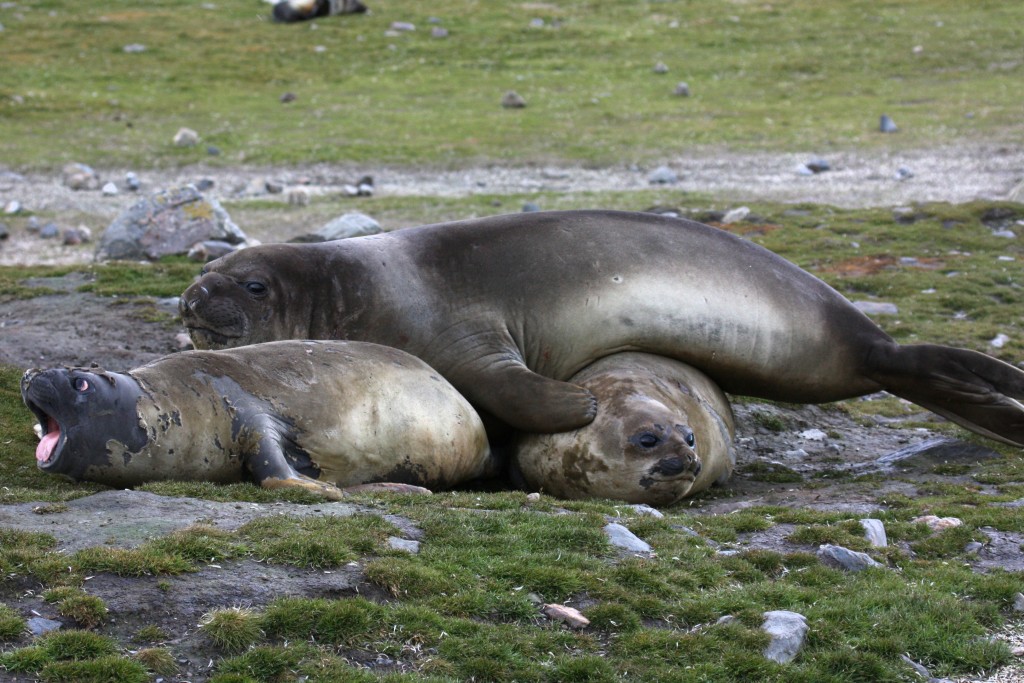 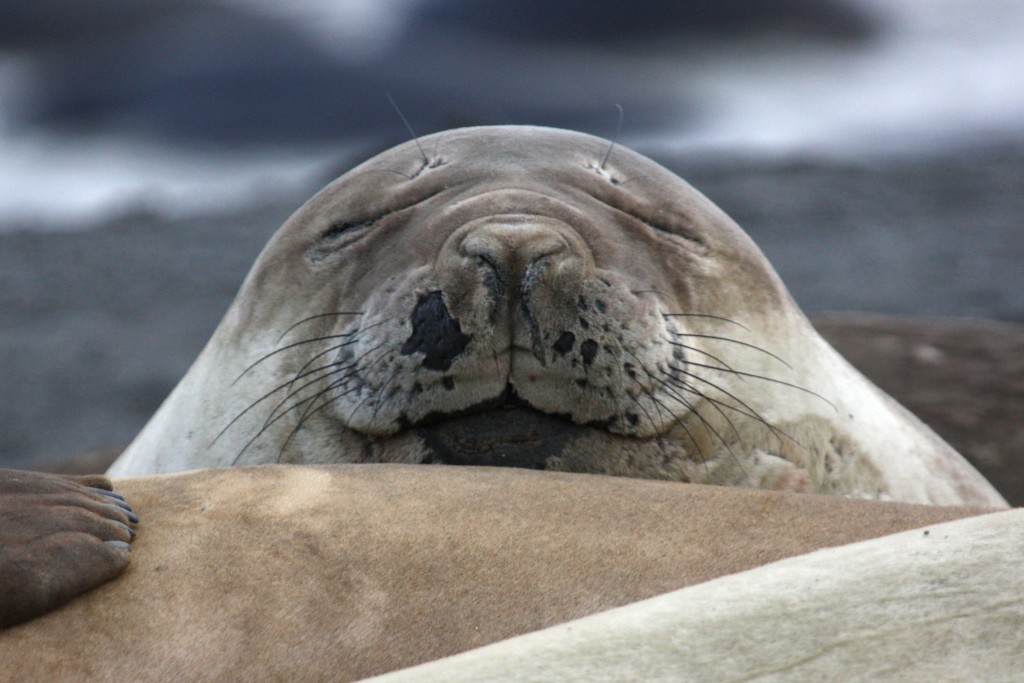 On this beach there were several bulls still in residence. Sexual dimorphism among Elephant Seals is extreme: the males can weigh up to four tonnes, approximately four times the size of the females, who have a lot to put up with: 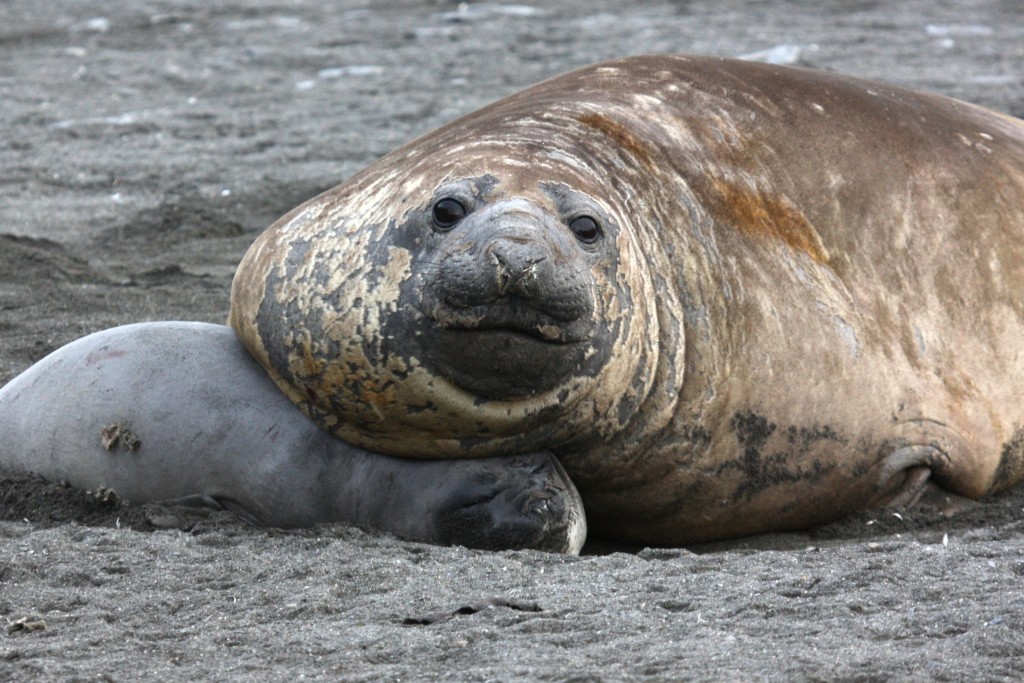 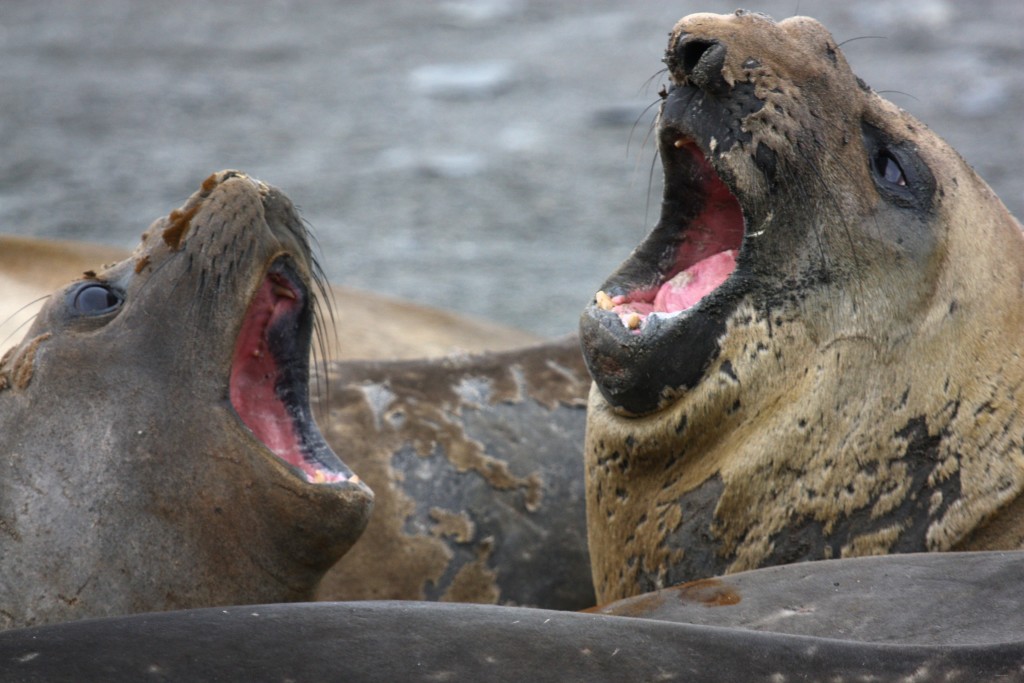 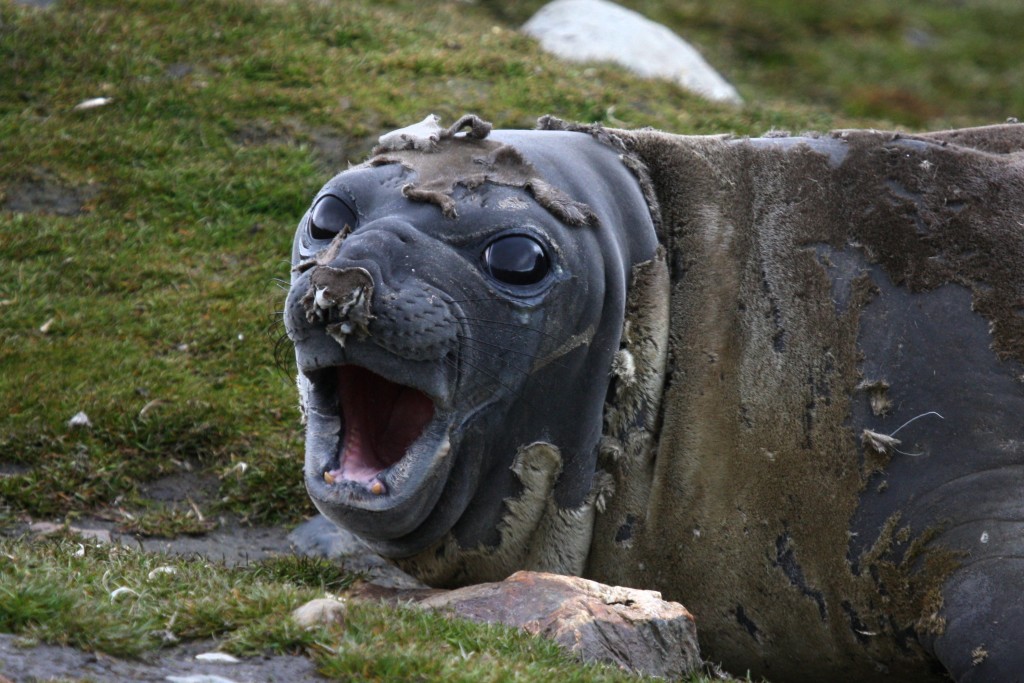 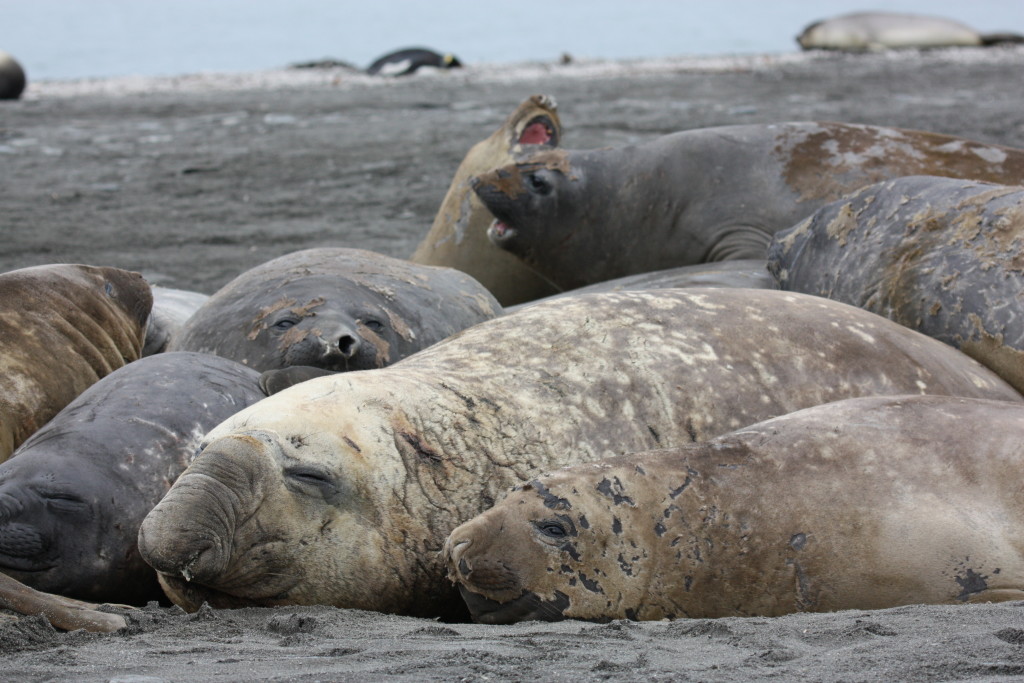 A German tourist managed to find some penguins: 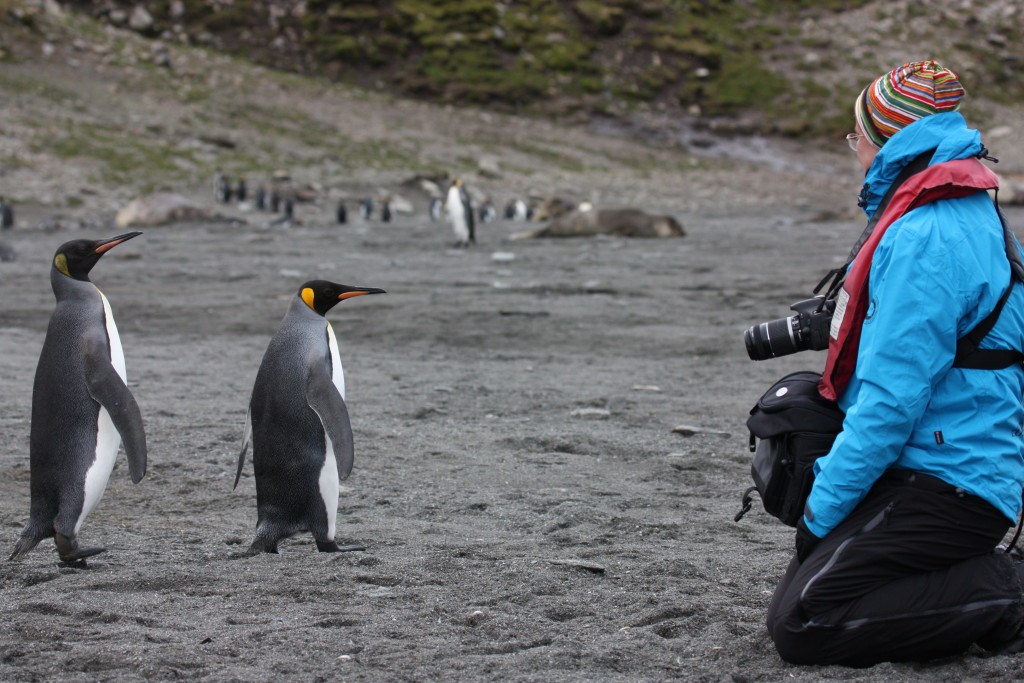 Some of the kings were courting: 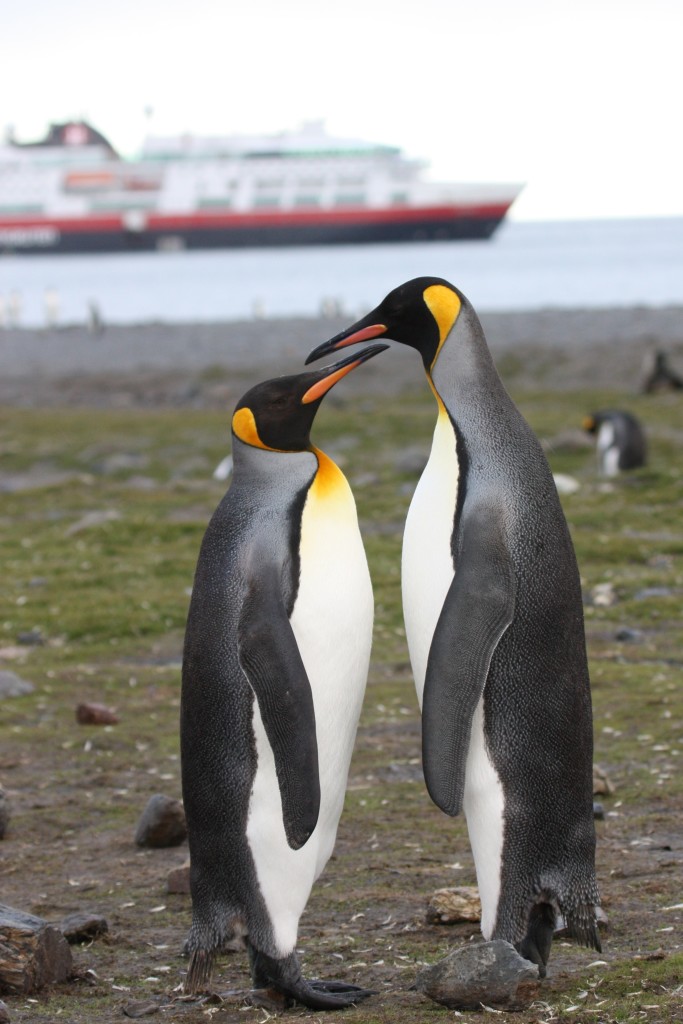 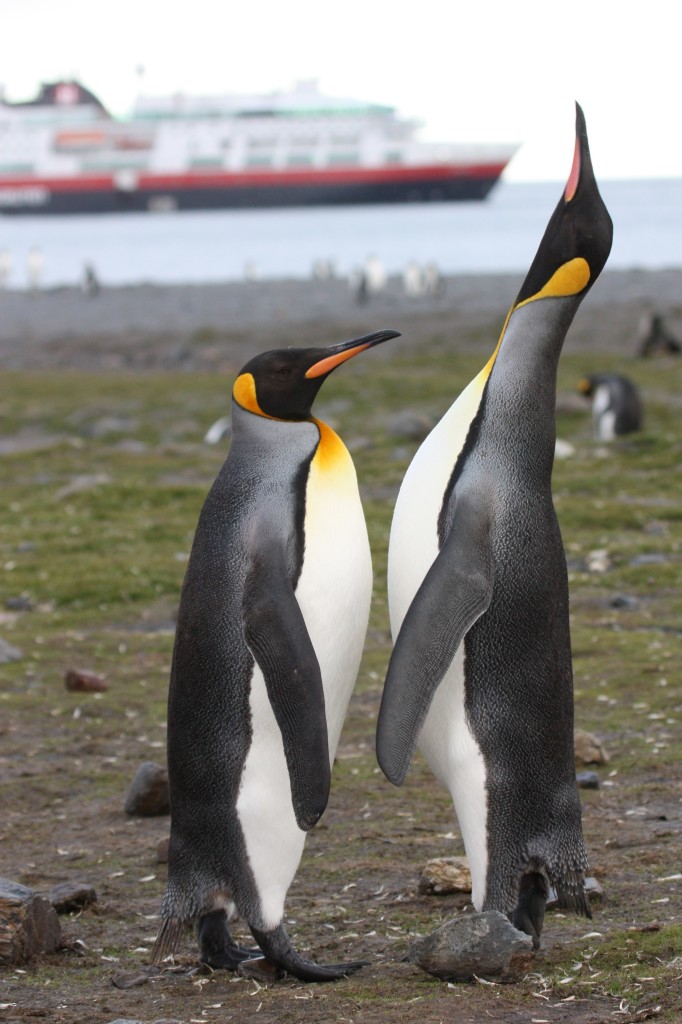 Some were out on business: 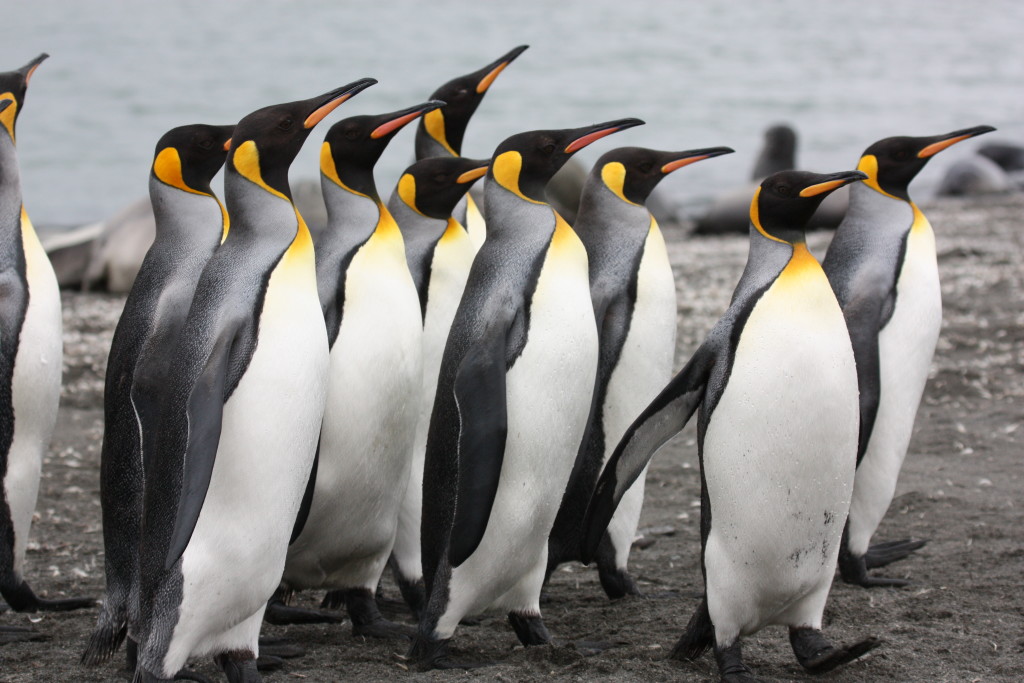 While others showed us how to keep the Fur Seals in line: make yourself big, and show no fear. 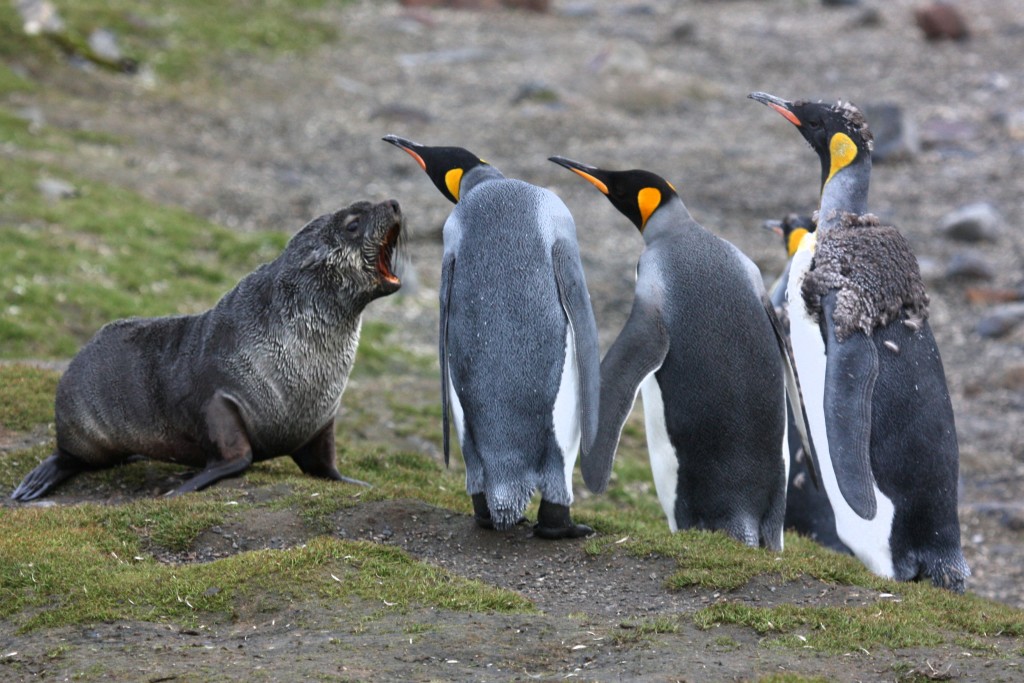 Our path took us across a couple of rivers, which moulting penguins in particular used to regulate their temperature: 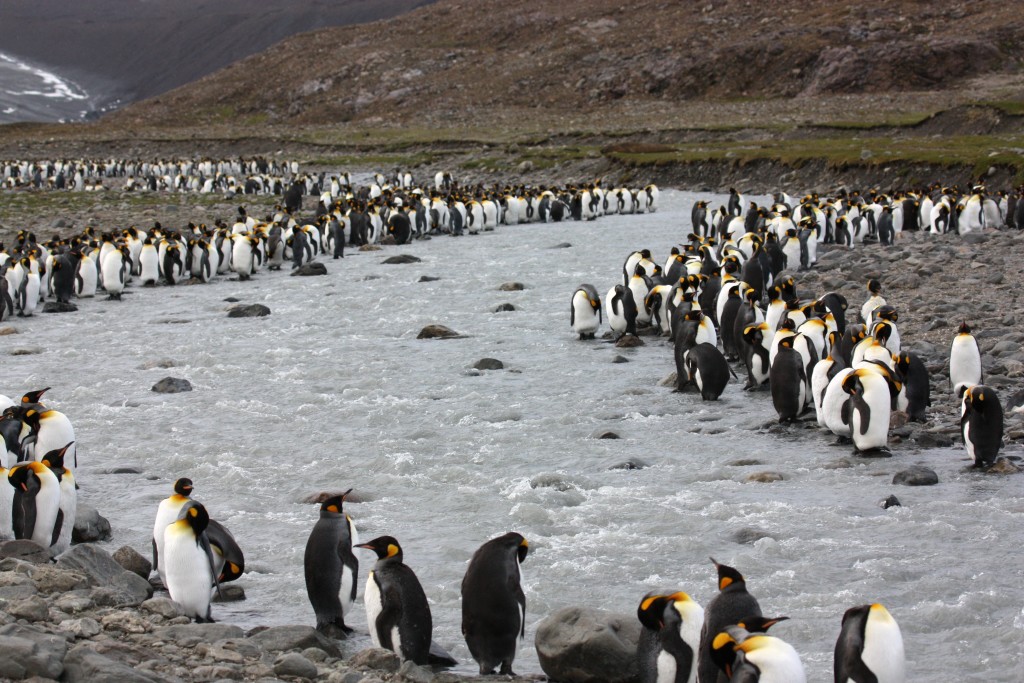 The main difficulty in crossing was picking one’s way between the soulful seals: 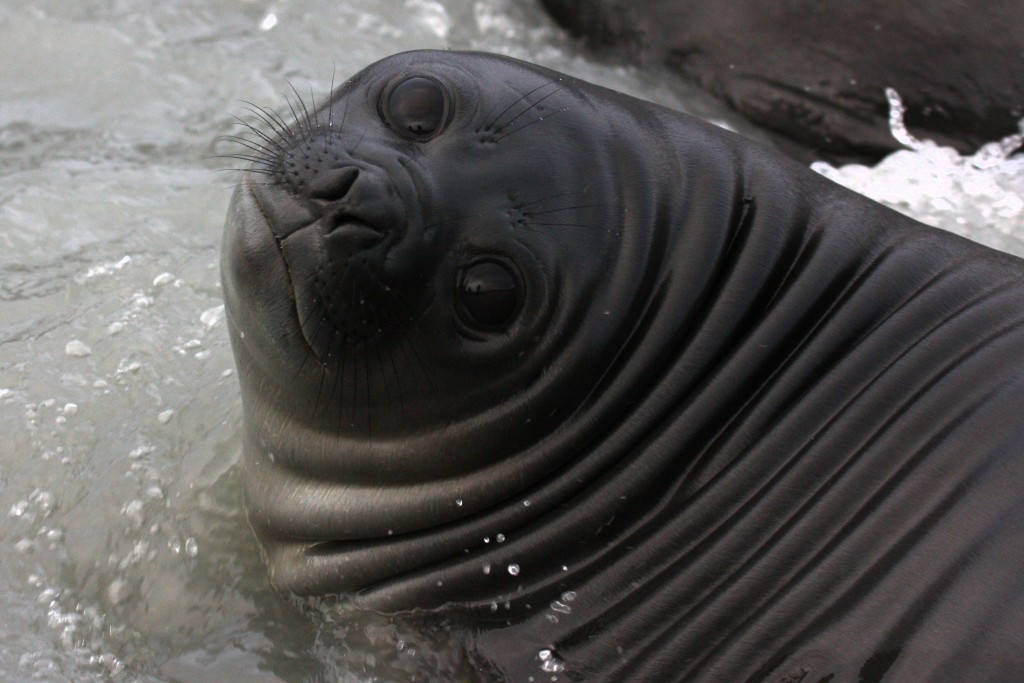 The penguin and seal colonies support a whole range of predators and parasites, among whom skuas are prominent: 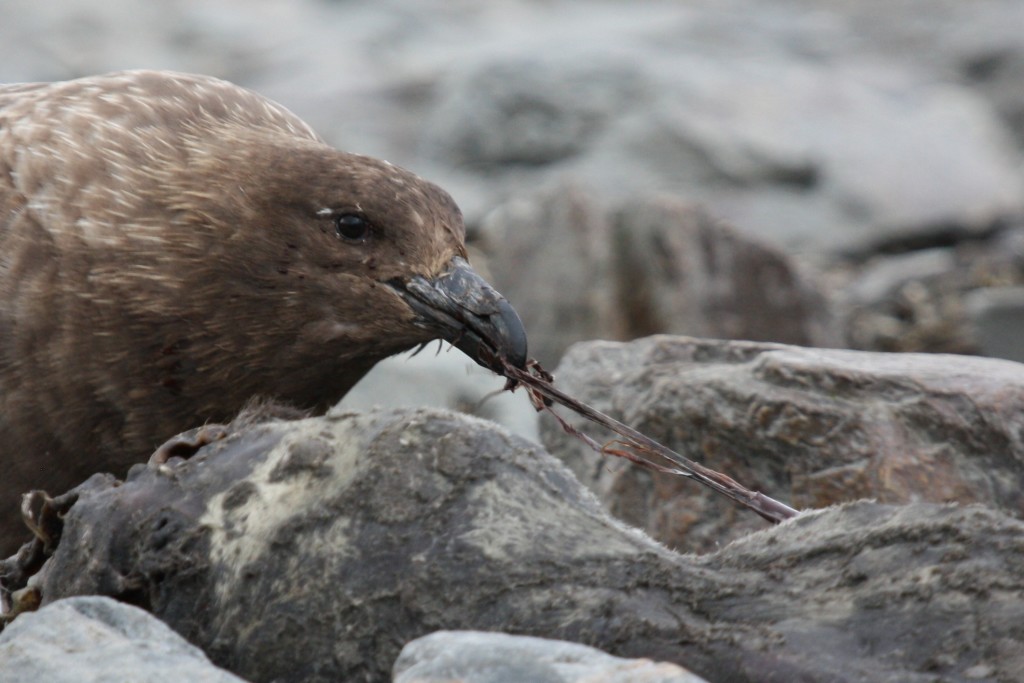 After dining, one needs to wash off the blood: 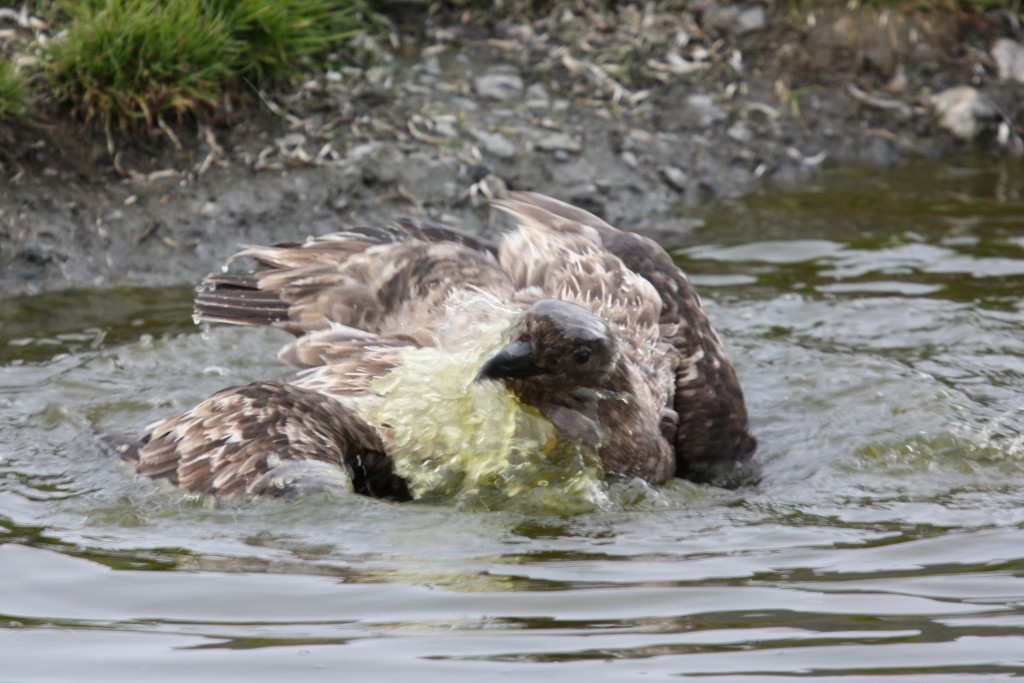 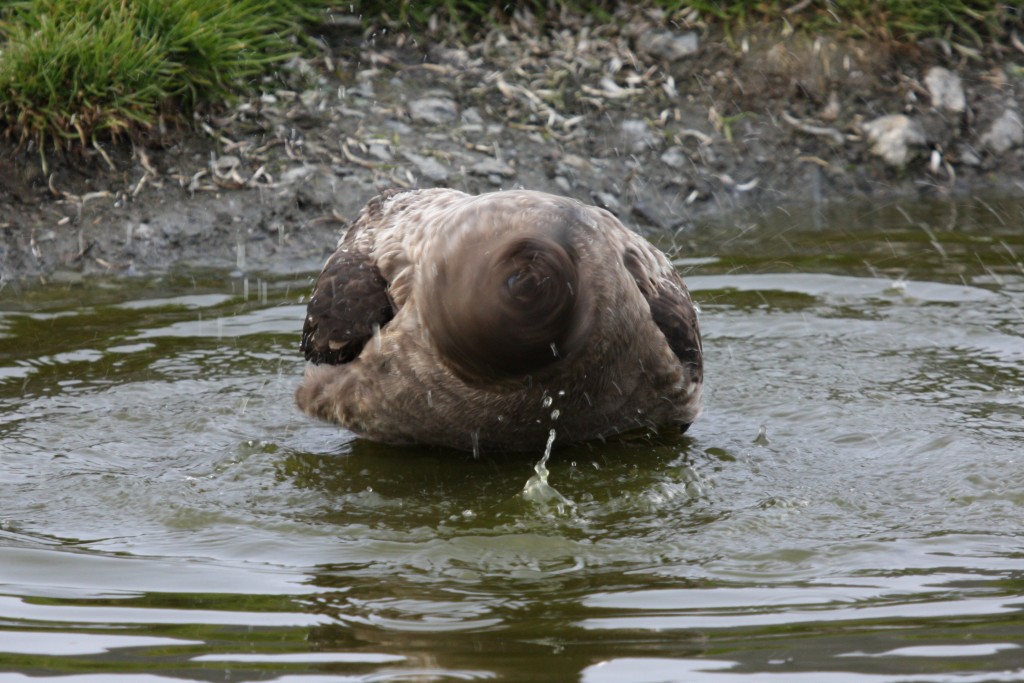 After the rivers and a short climb, we were rewarded with the sight of a penguin sea: approximately half a million birds, all told: 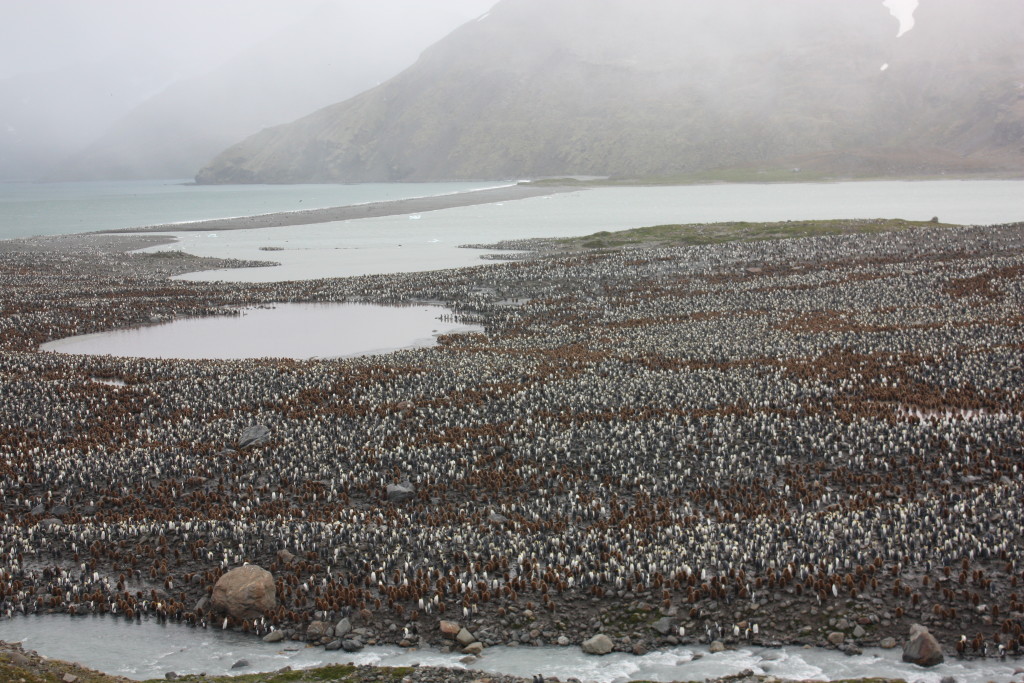