Our last day at South Georgia began at Grytviken, the “capital”: an old whaling station, which has been cleaned up enough for visitors to wander around, plus a nearby British Antarctic Survey post.

Most of the time, of course, it’s not humans who are doing the wandering around: 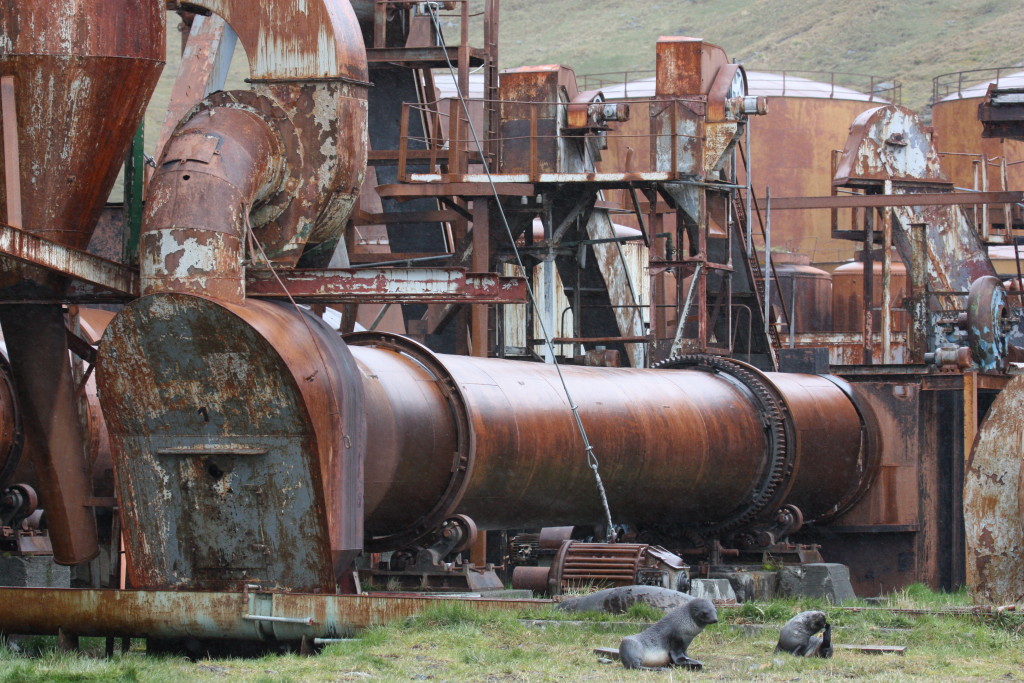 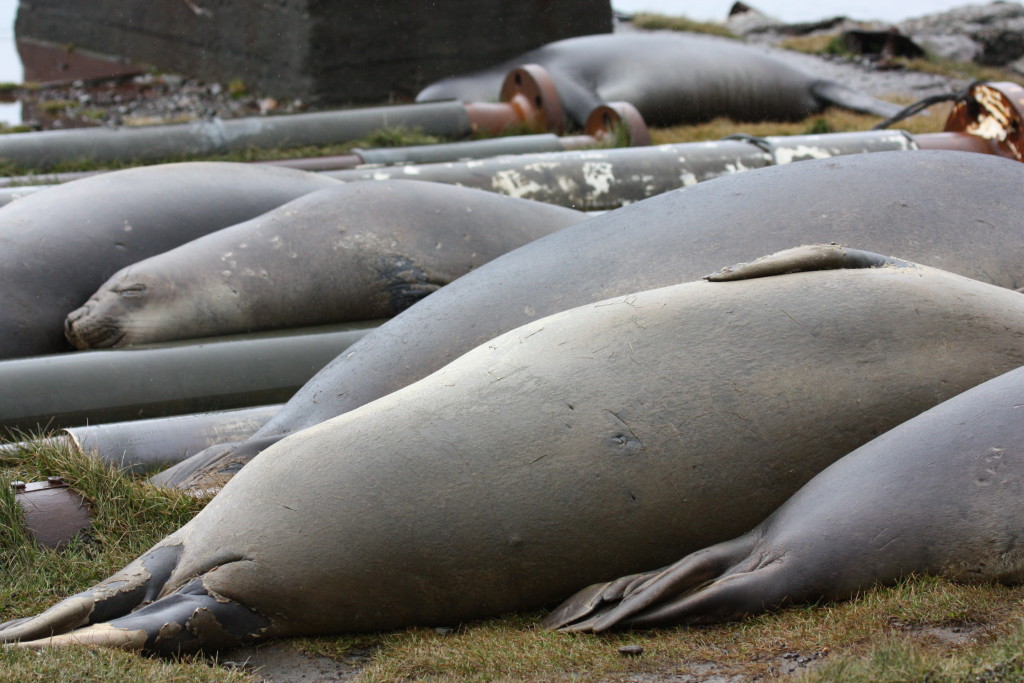 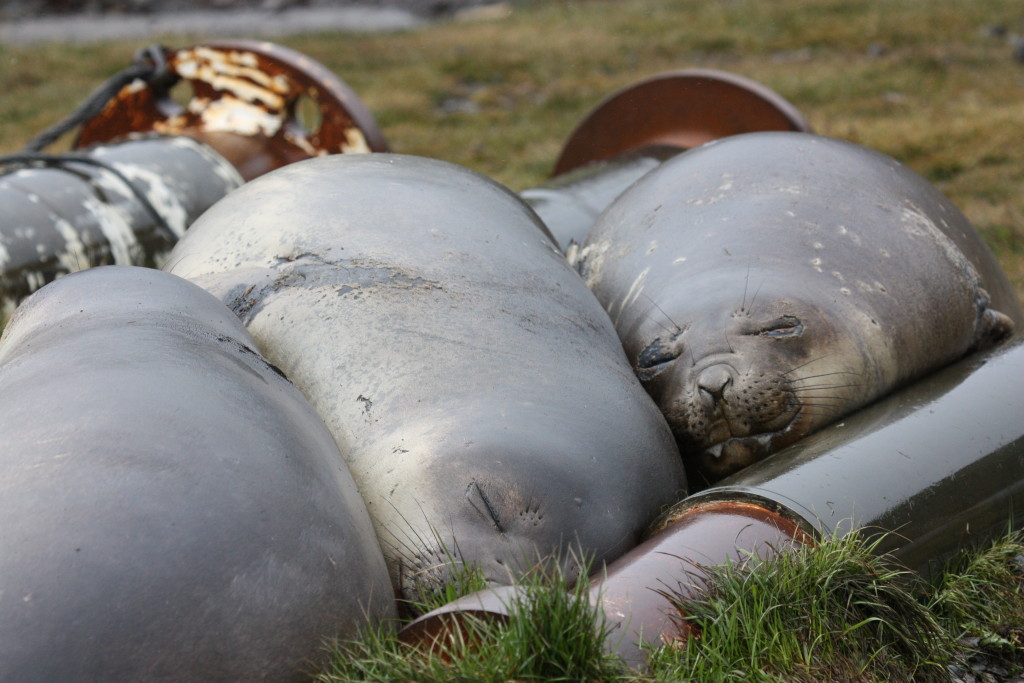 I had expected seal pups to be fiercely guarded by their mothers, but most in fact seem to be left to their own devices. Family photos are relatively rare: 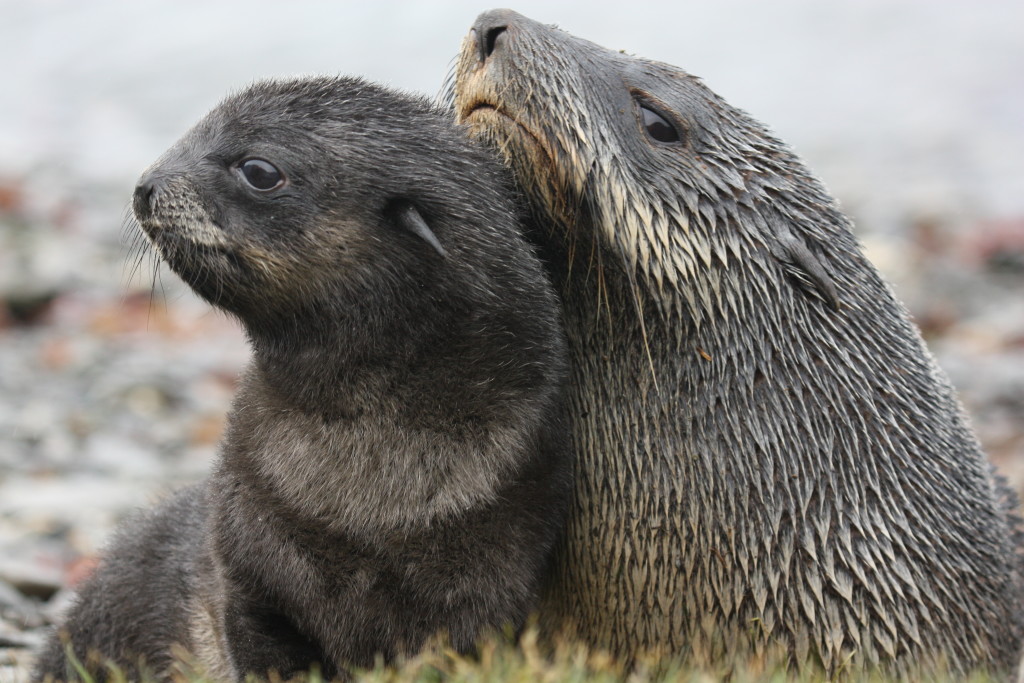 Also in residence are Antarctic Terns, which found something tasty in the kelp beds: 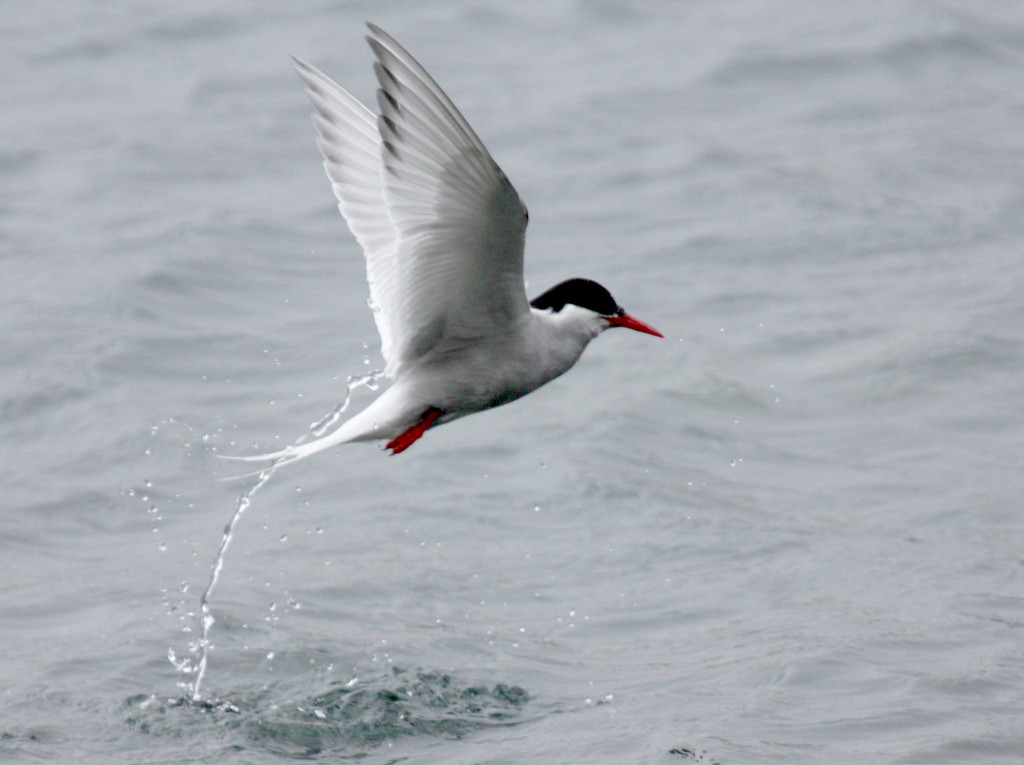 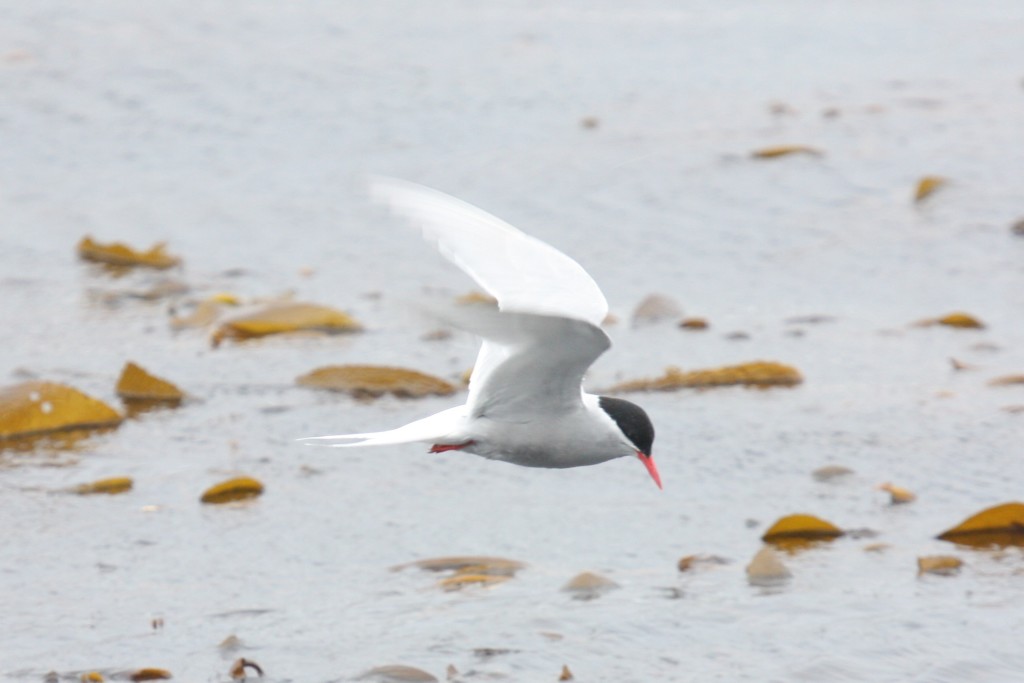