After a couple of days at sea, we woke up to a rare, mostly-sunny day at South Georgia. The chance to see this island was one of the main reasons we’d booked this particular trip, and we were lucky enough to get an extra day here because the ice kept us away from the South Orkneys.

One of the glaciers turned out to be made not of ice, but of King Penguins: 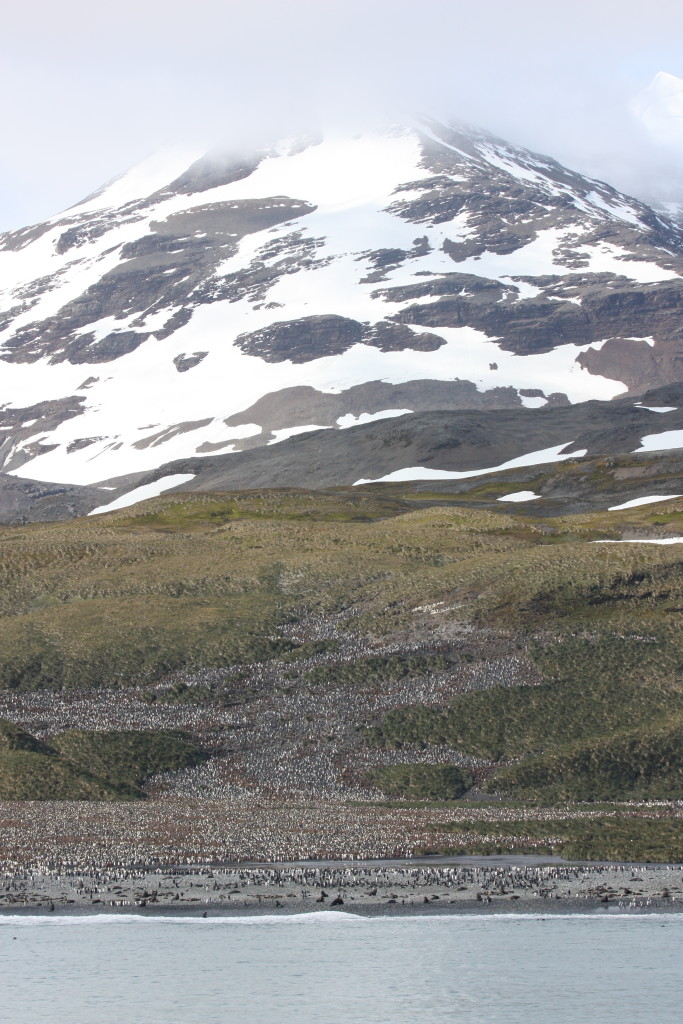 Because of the slightly rough sea, only a few of the passengers actually managed to land. Soon the lucky few of us were mingling: 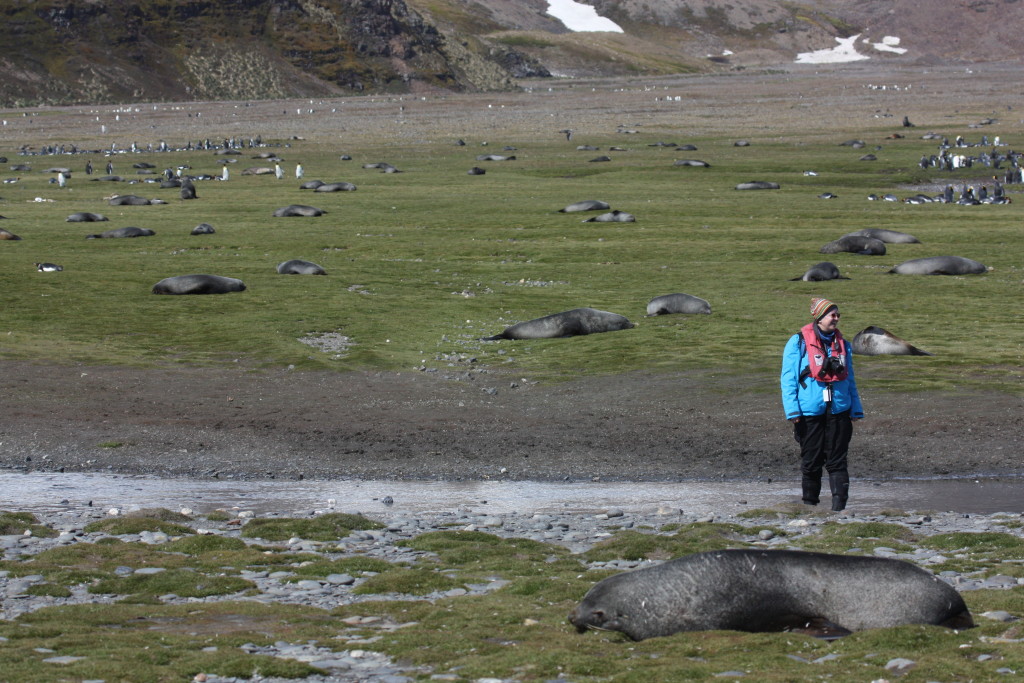 The most laid-back residents were the elephant seals. This was their gestation and moulting period, so the males were mostly out at sea, while the ladies could air their bellies: 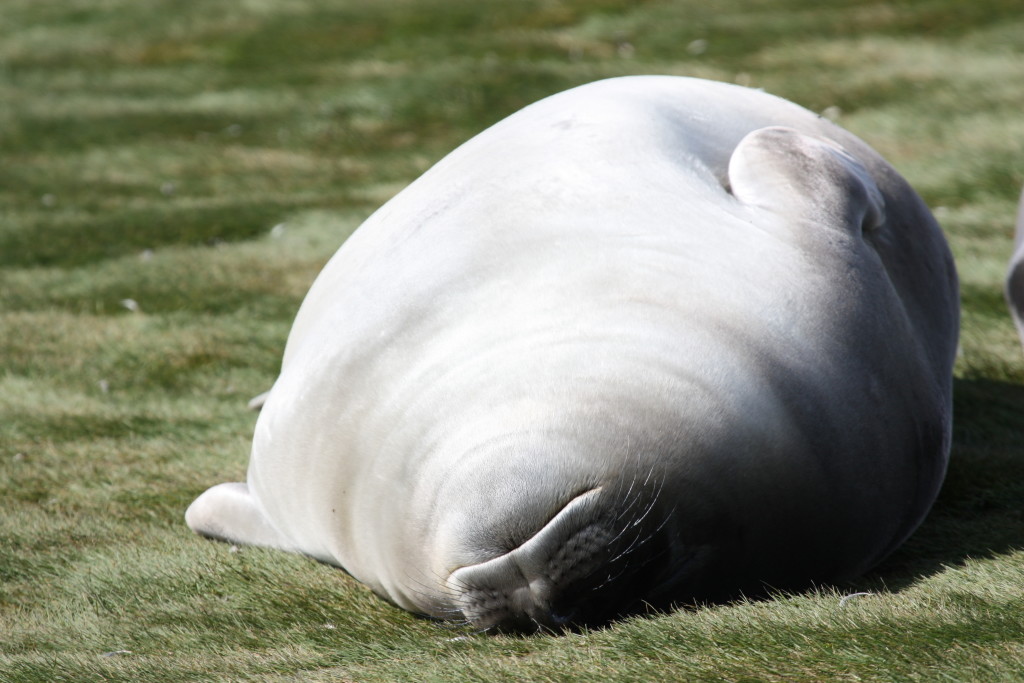 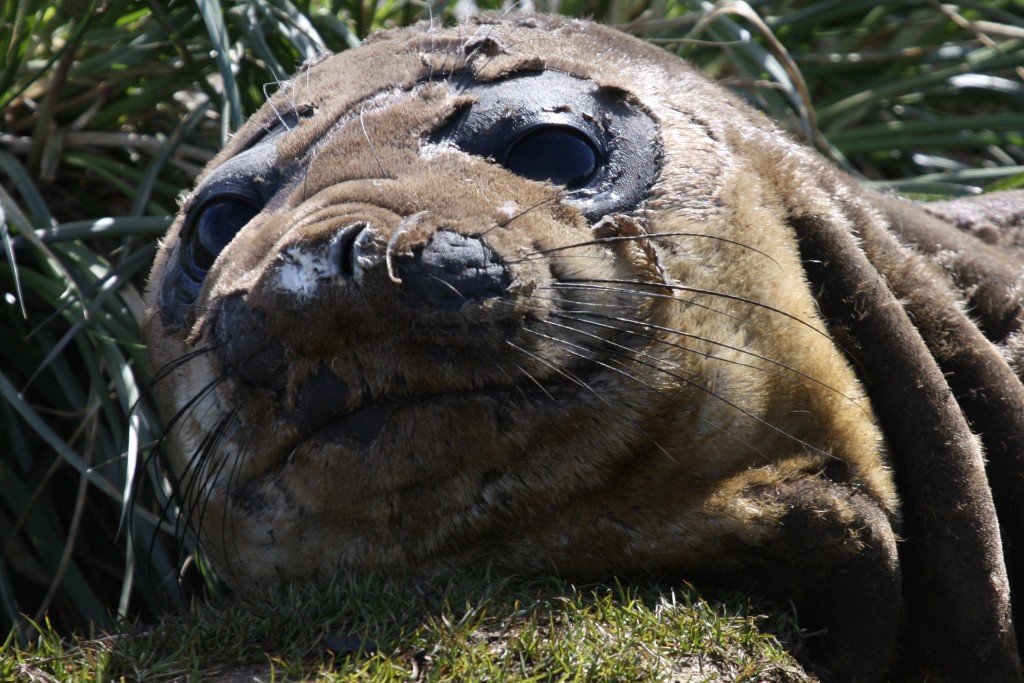 The fur seals were decidedly less mellow. The older males spent most of their time guarding their turf: 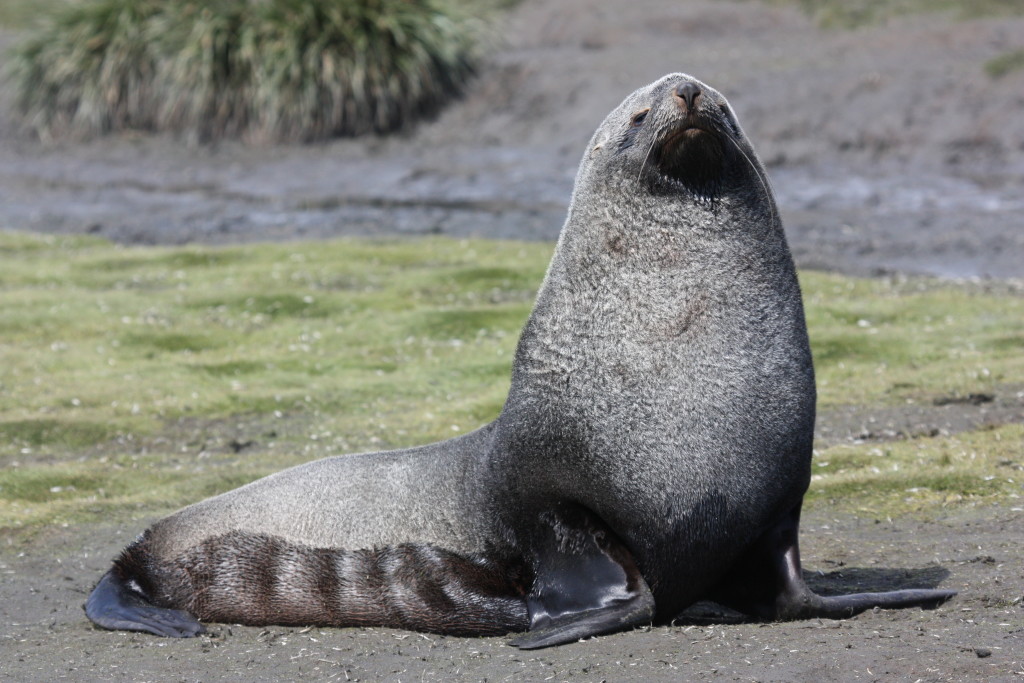 While the “teenage” males were decidedly frisky. They’re feisty, have long sharp teeth laced with lurgy, and can run faster than humans by bringing their rear flippers forwards, so it was reassuring to have the expedition team to guide us through them: 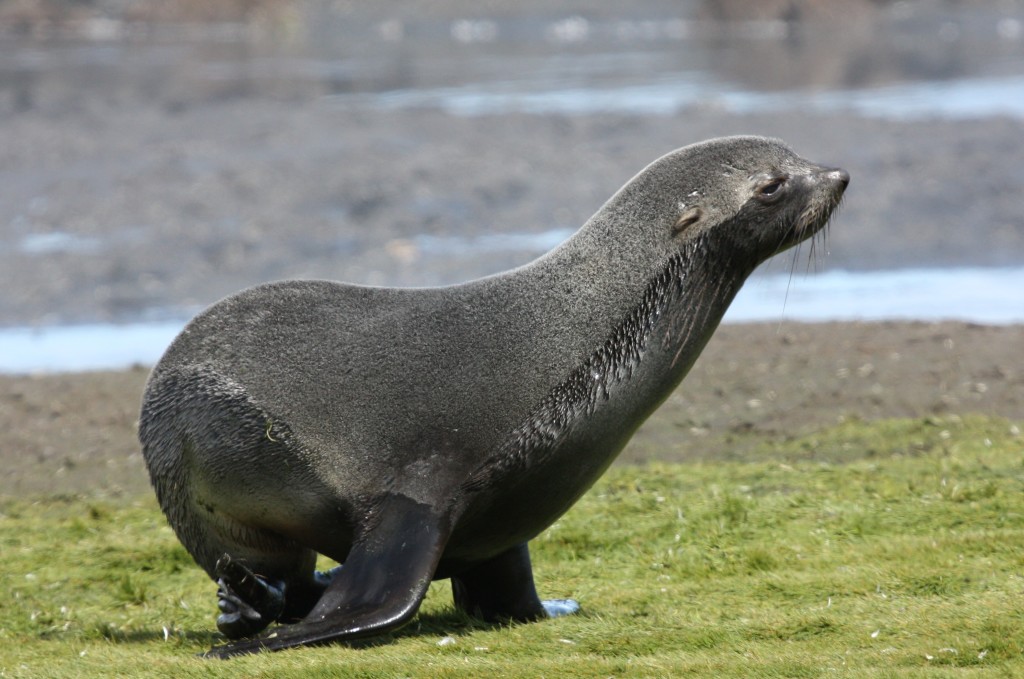 The stars of this landing were undoubtedly the kings, however: 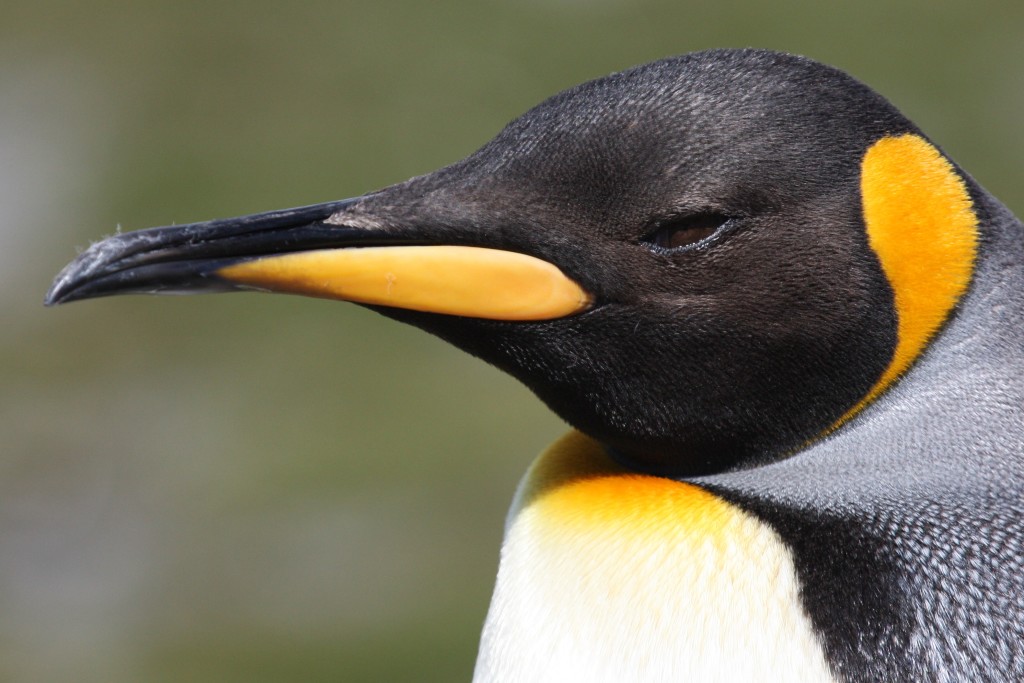 On closer inspection, the colony was divided into areas populated by adults, and separate creches for the chicks: 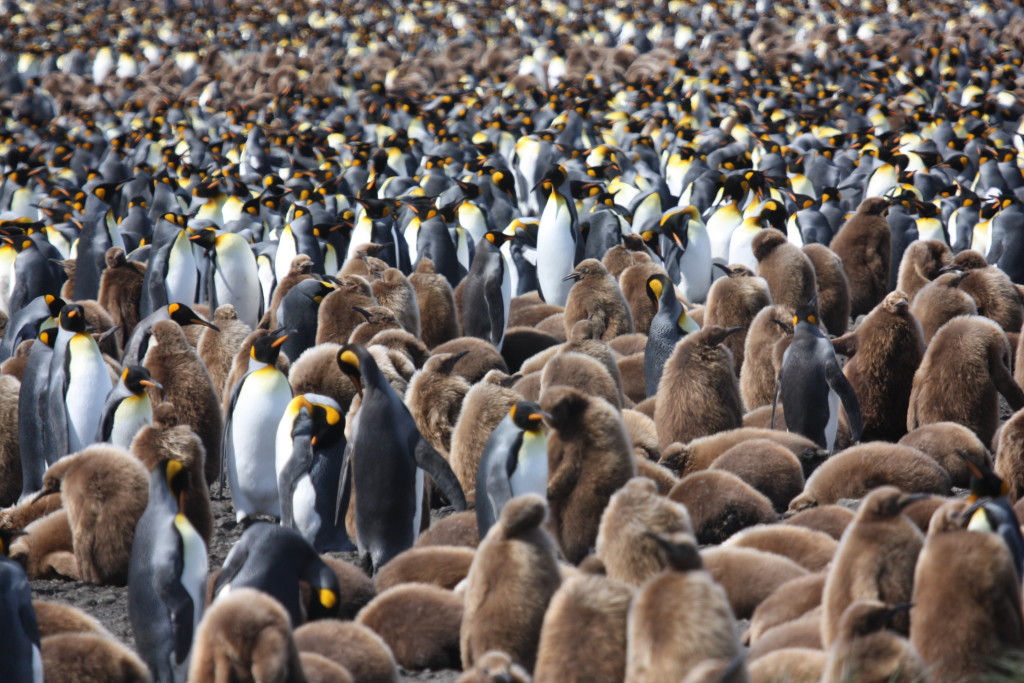 And producing balls of brown fluff is what this colony is all about: 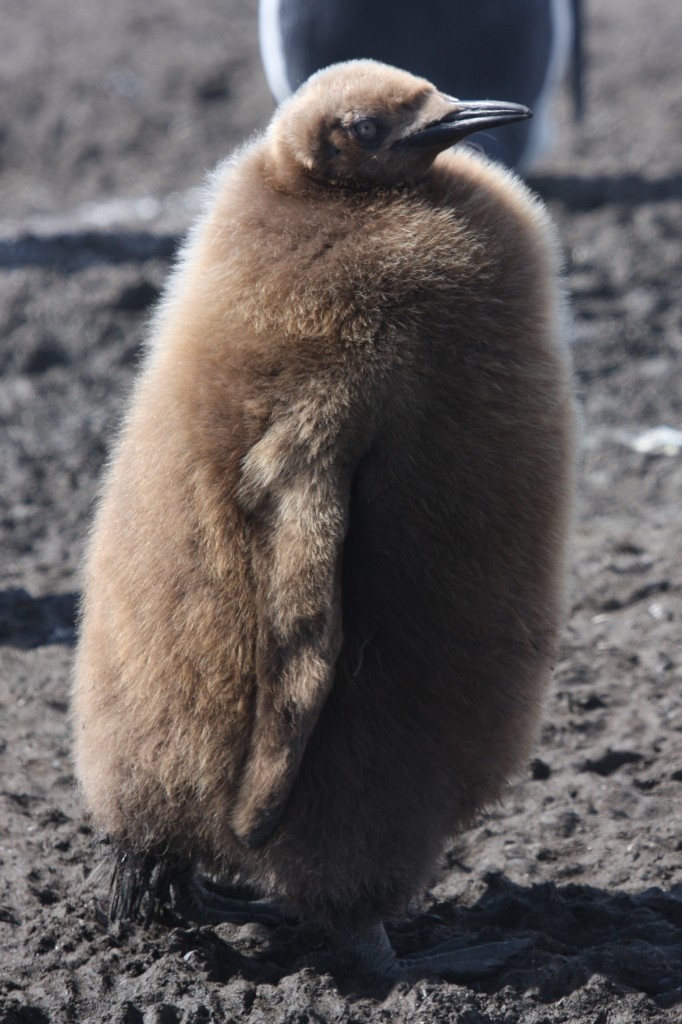 The king reproductive cycle takes more than a year, so at any one time there are always birds at different stages in the process in the colony. As they reach adulthood, the down is gradually  replaced: 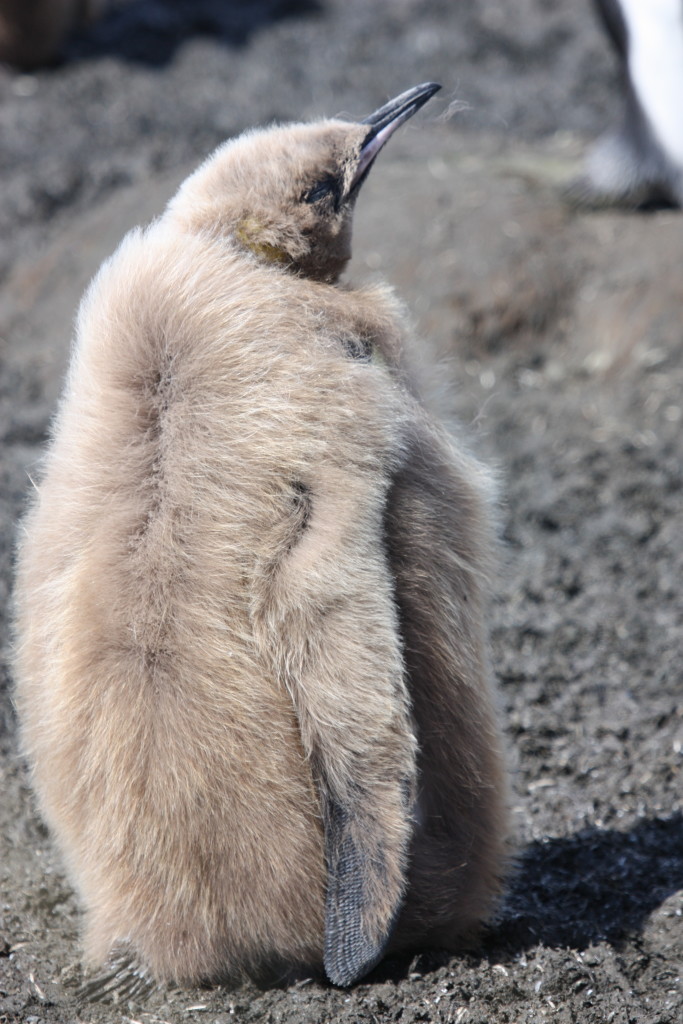 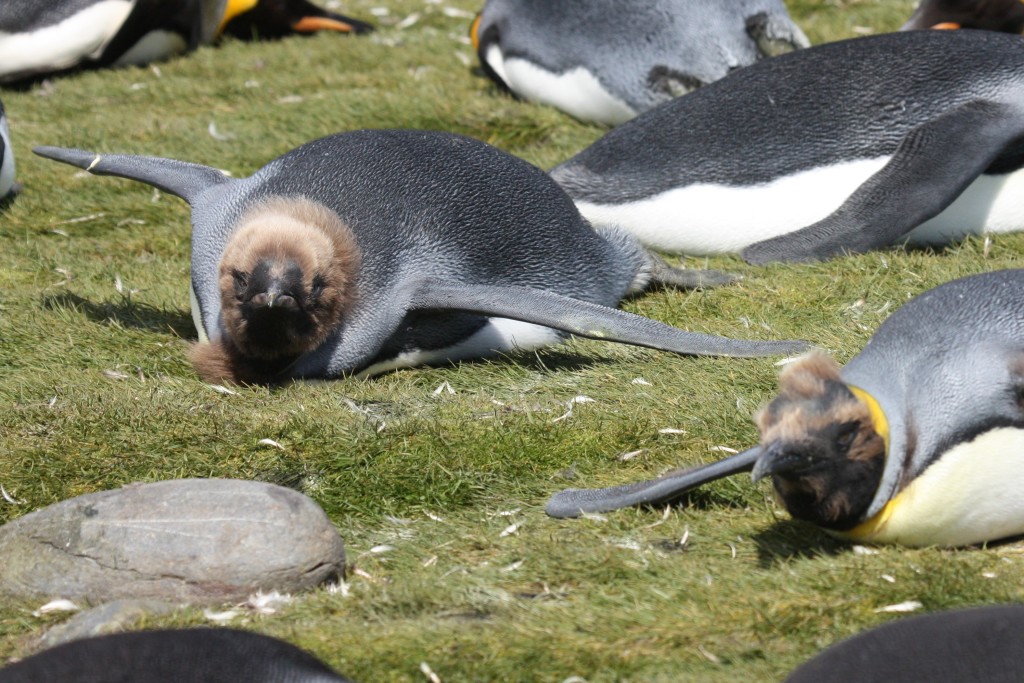 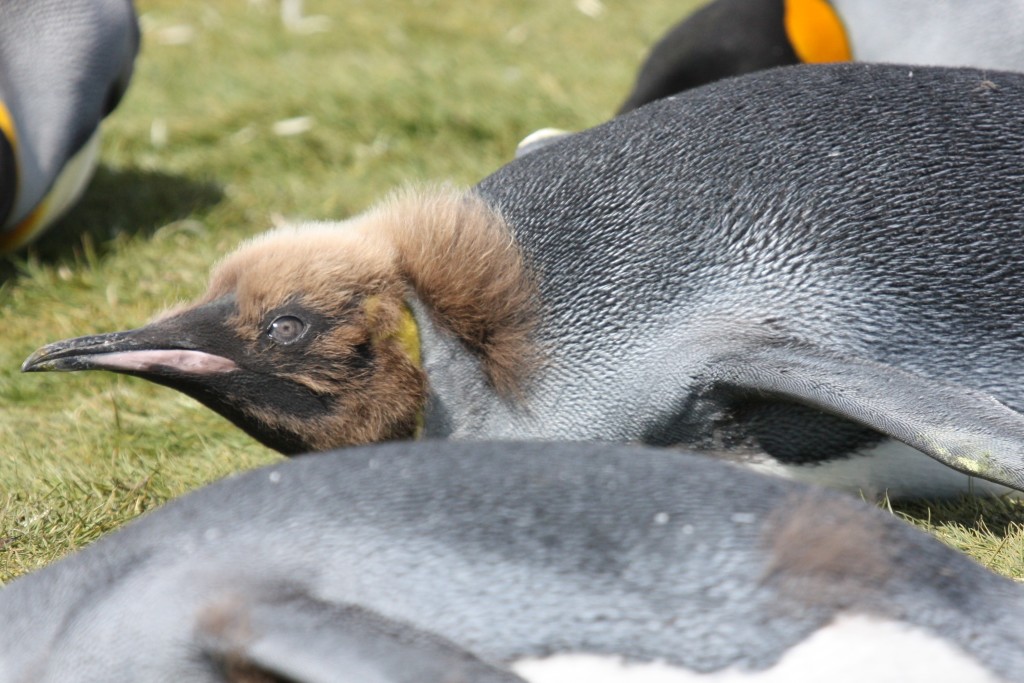 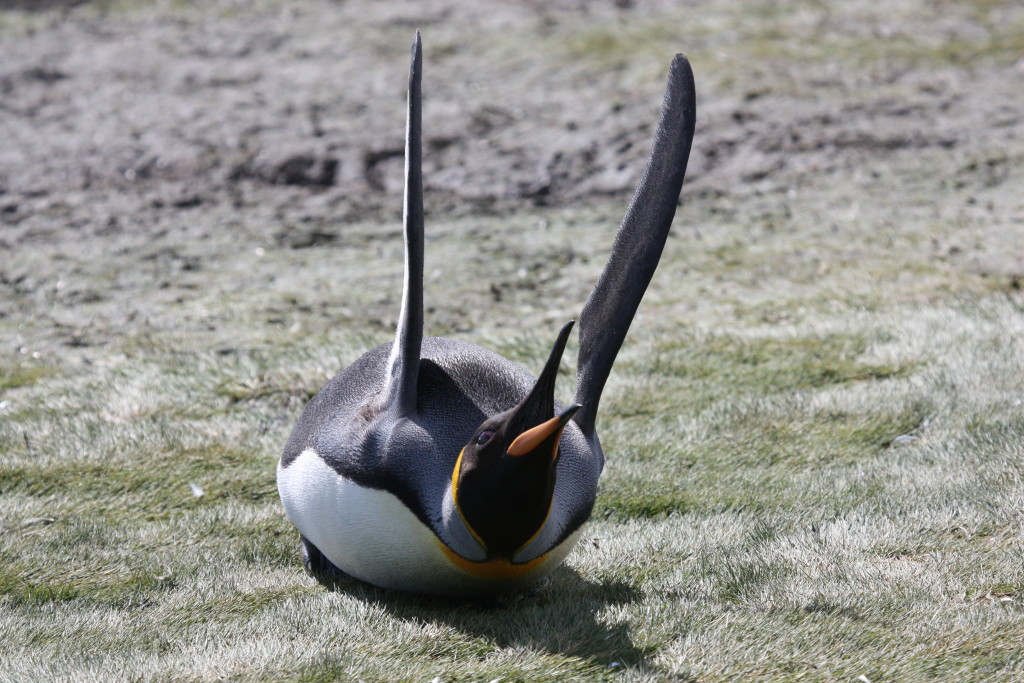 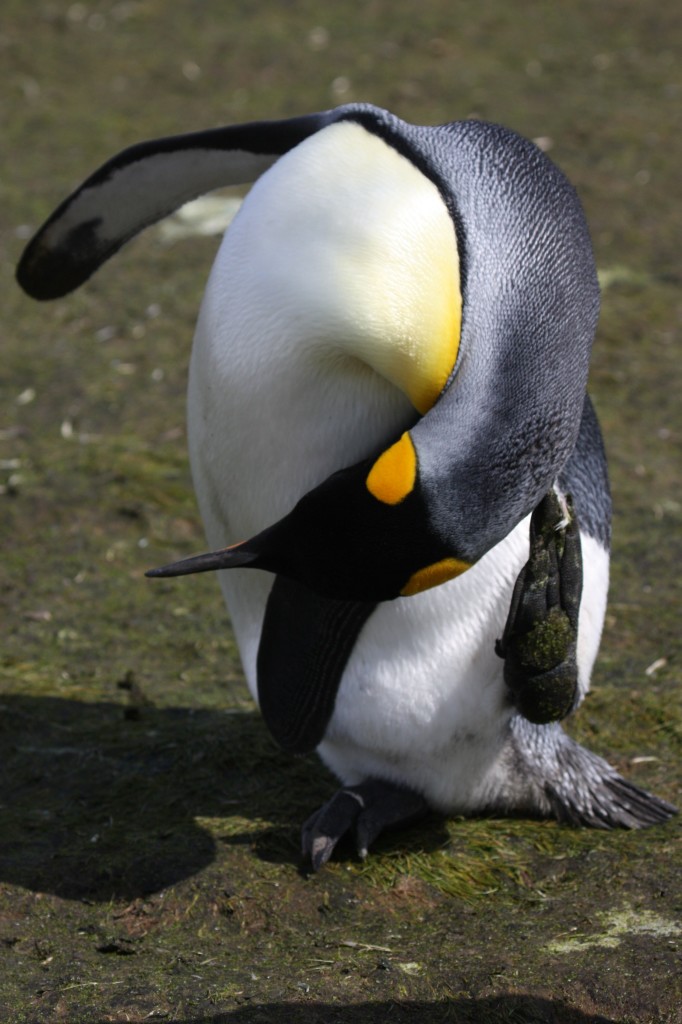 The birds go through an energy-intensive moulting before they start breeding: 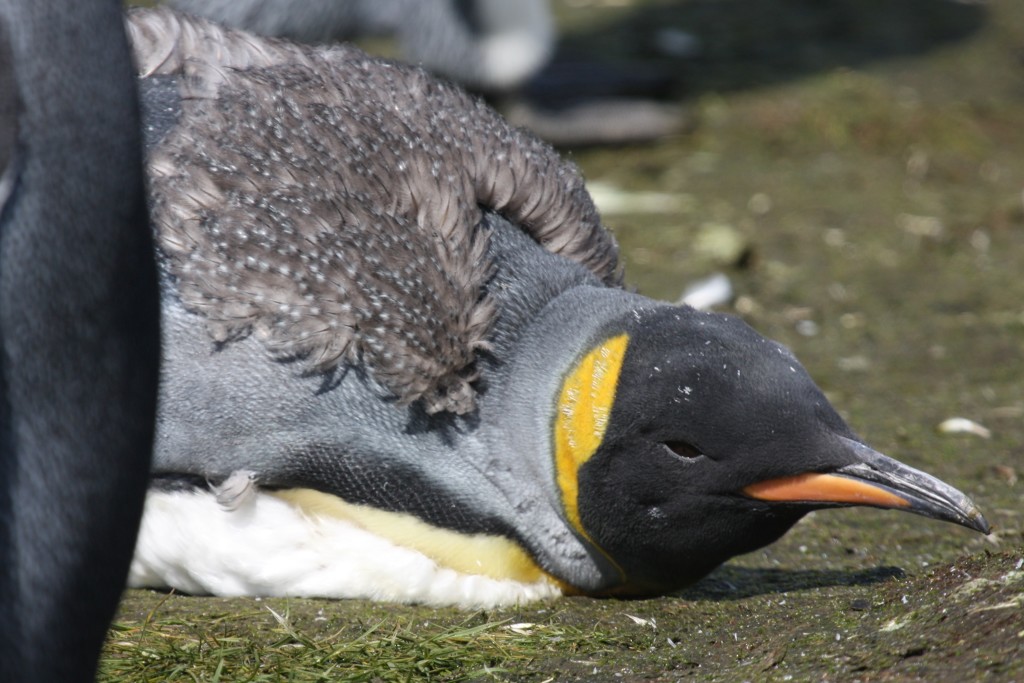 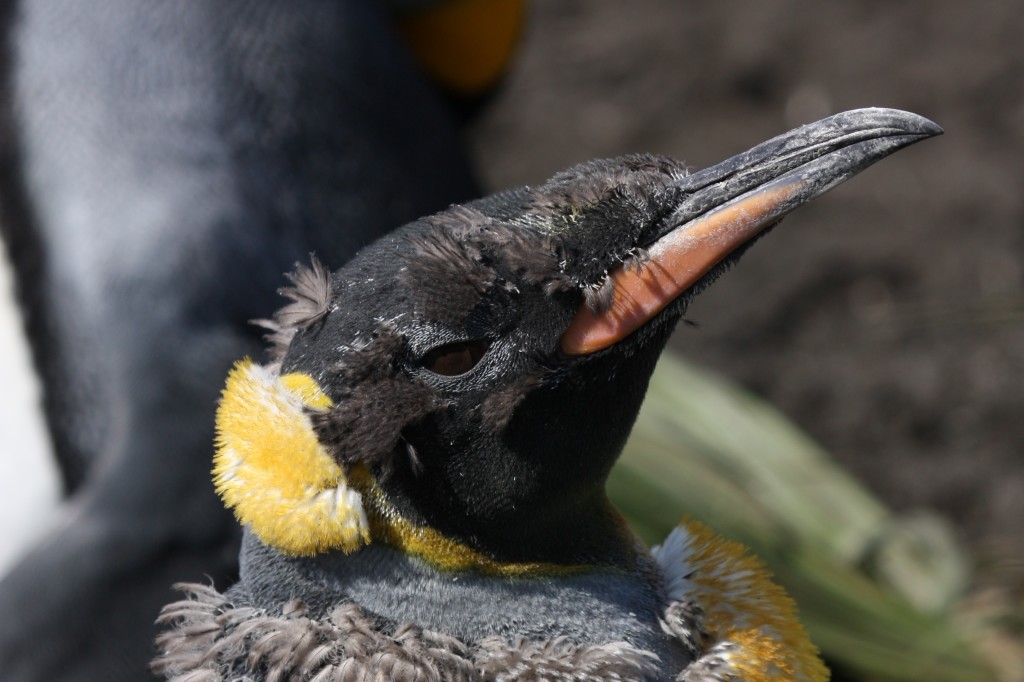 Then it’s time to start some lovin’…. 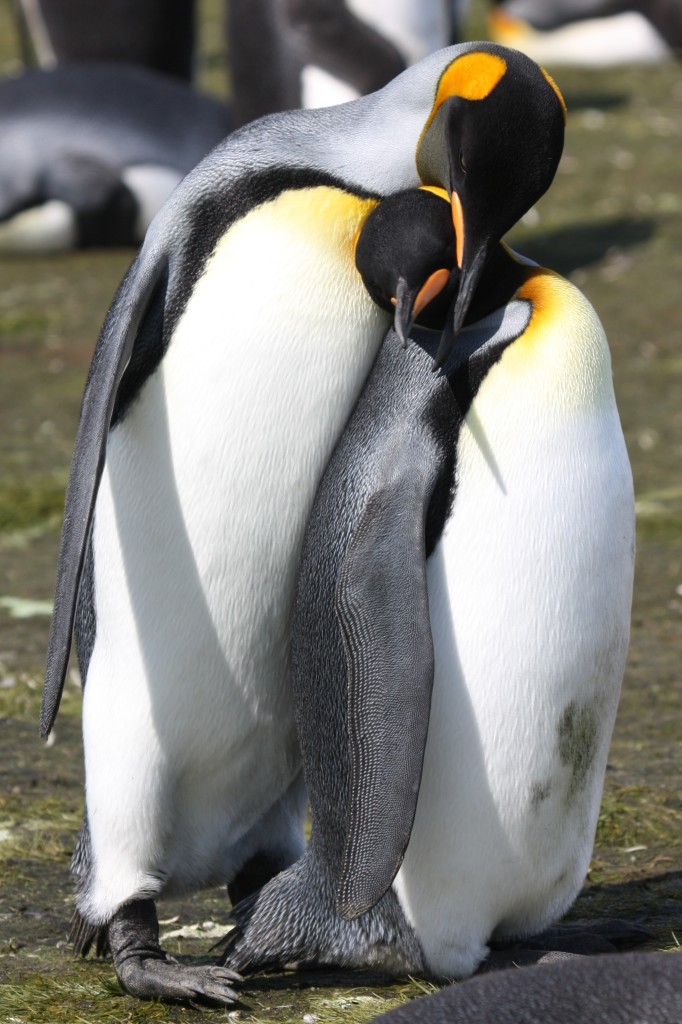