Our first stop was West Point Island, in the Falklands. The landscape was very familiar for Scottish tourists: 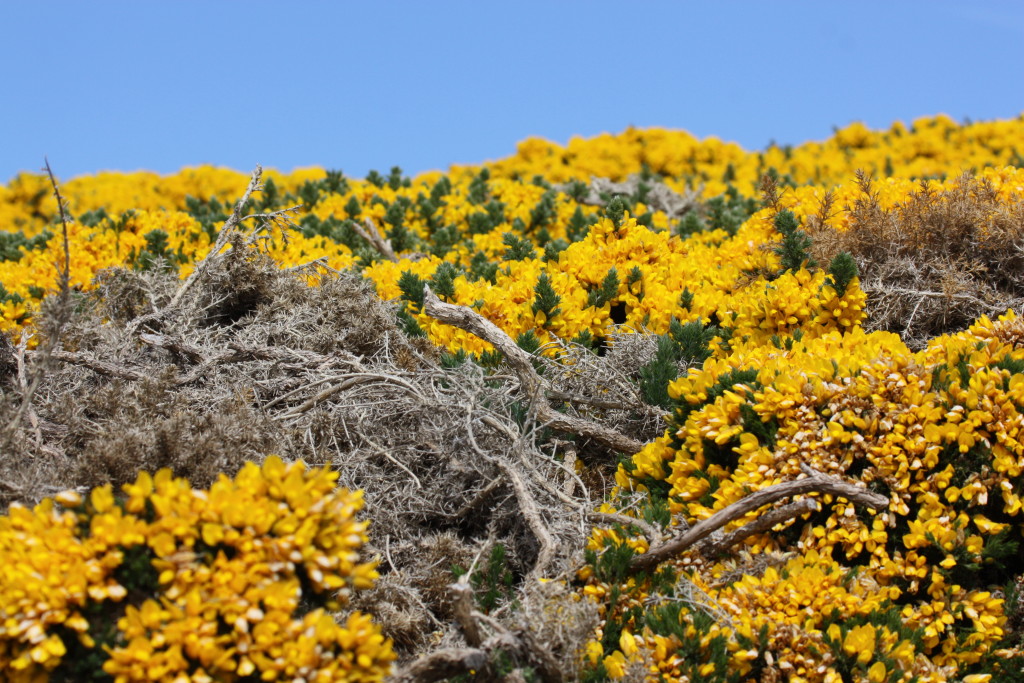 The main attraction was the colony of black-browed albatrosses and rockhopper penguins. The first sign that we were approaching was the increase in air traffic: 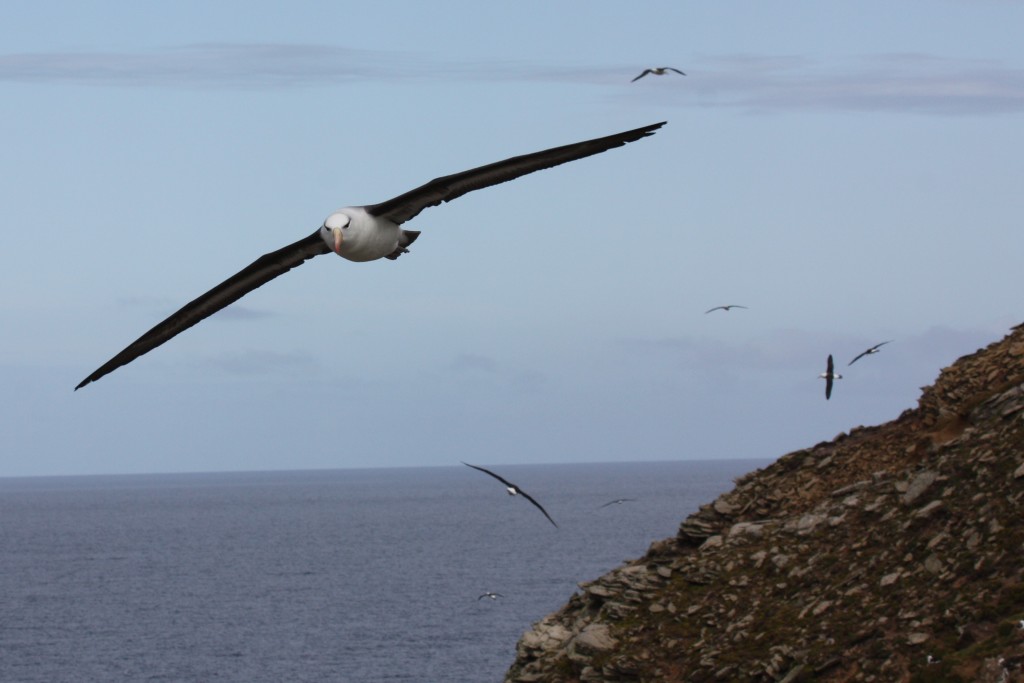 Soon we found ourselves up close (so close that it was hard to avoid getting an albatross wing in the face) with hundreds of these fellows: 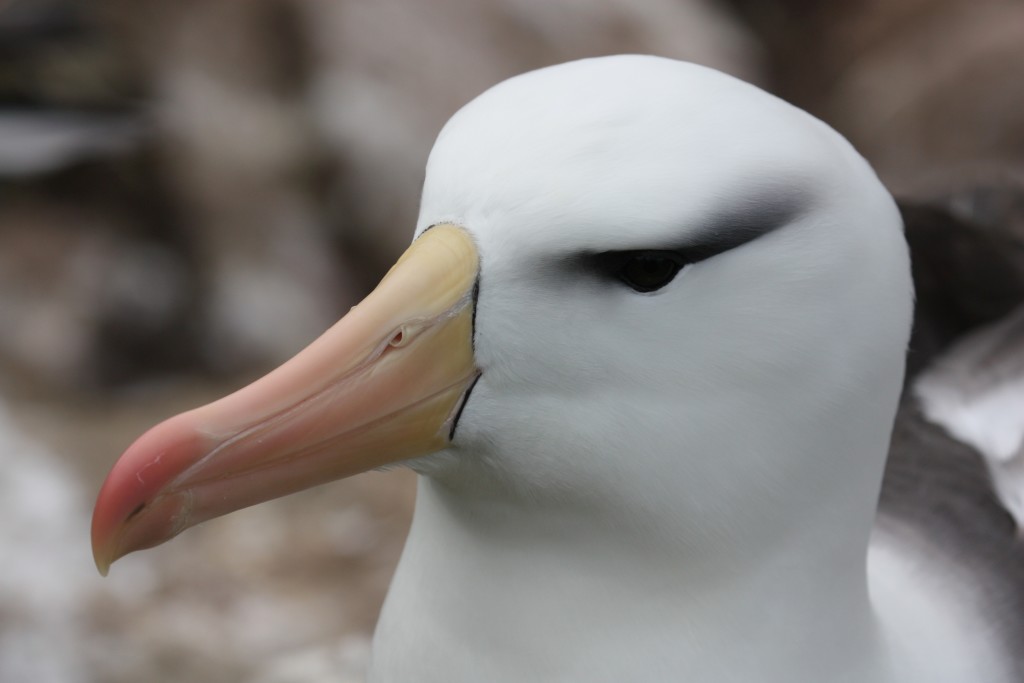 The albatrosses were brooding: 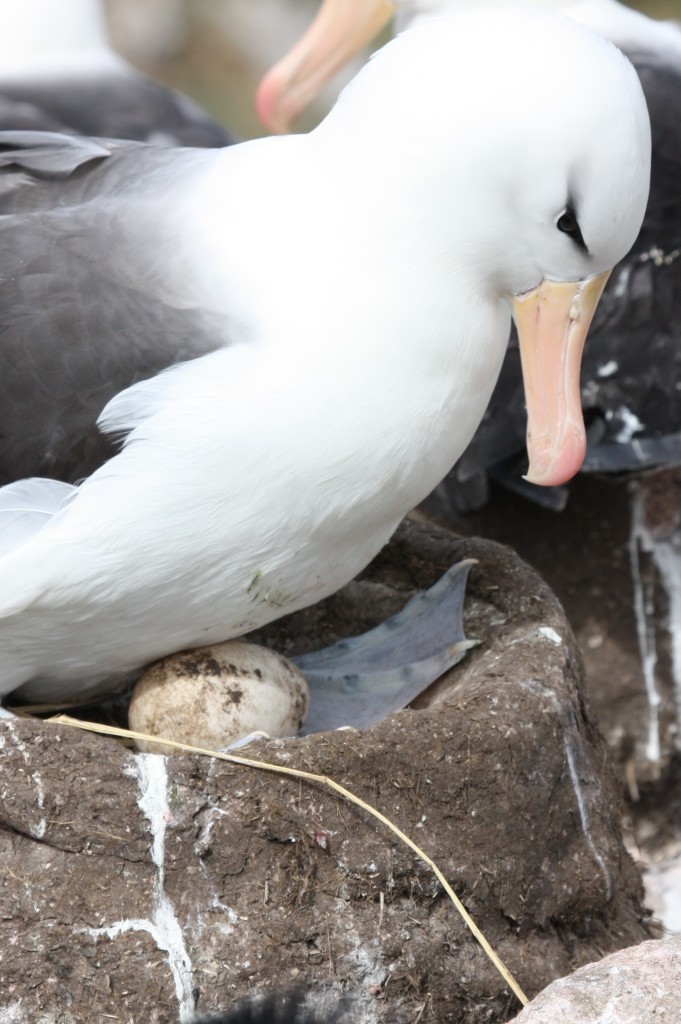 Though some were still courting or renewing their vows: 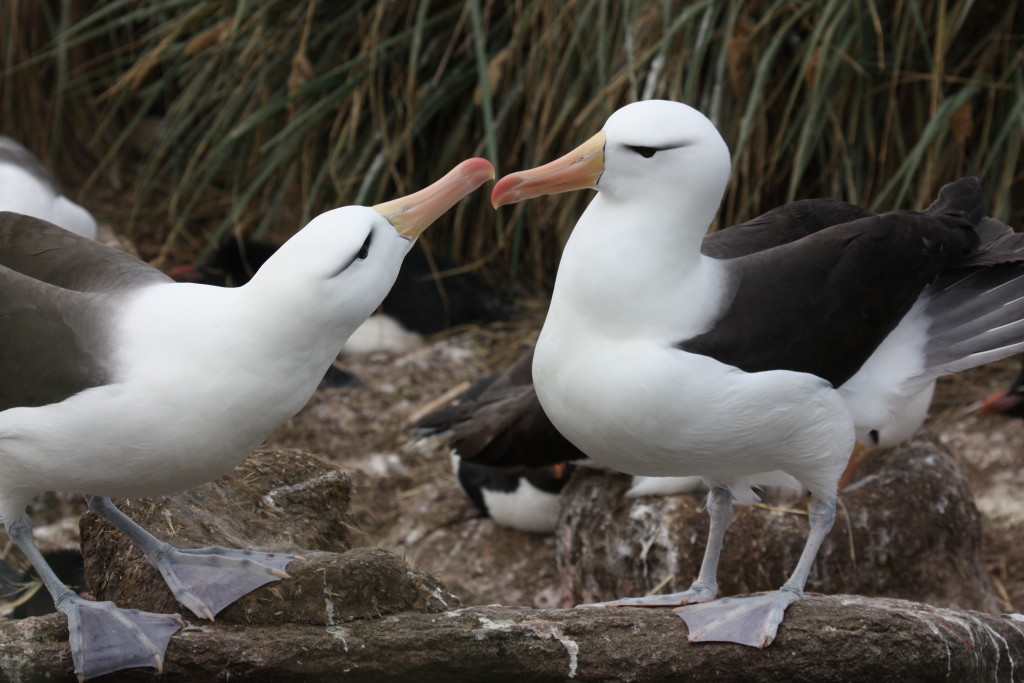 The rockhoppers tended to be literally overshadowed by the albatrosses, which build raised nests, with unfortunate consequences for the penguins’ hygiene: 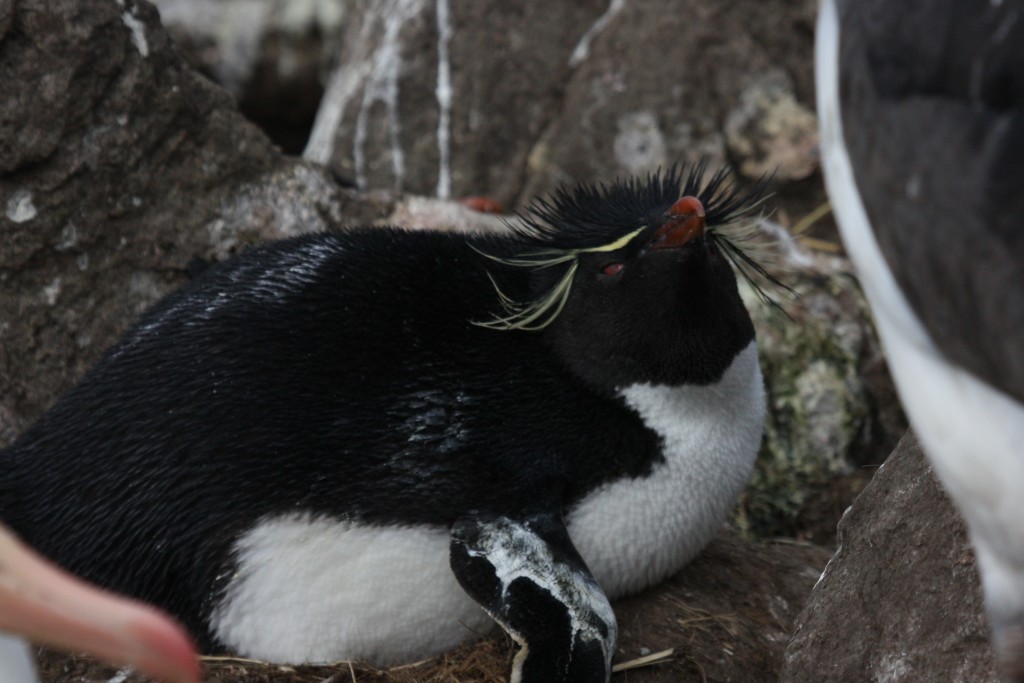 At their best however, they are very well turned-out: 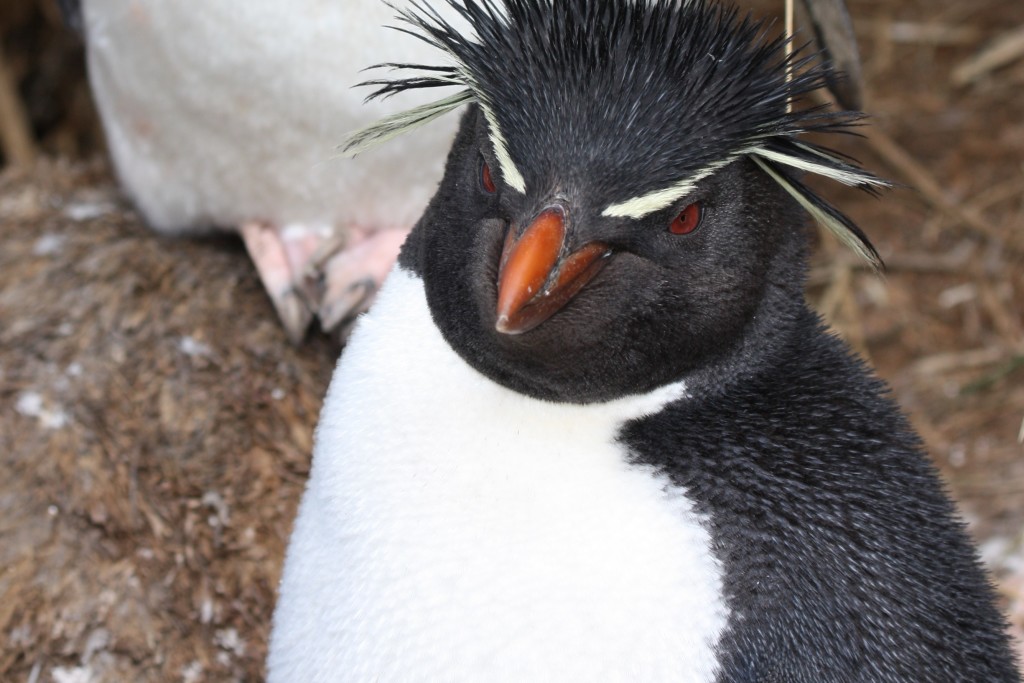 And they have their own families to look after: 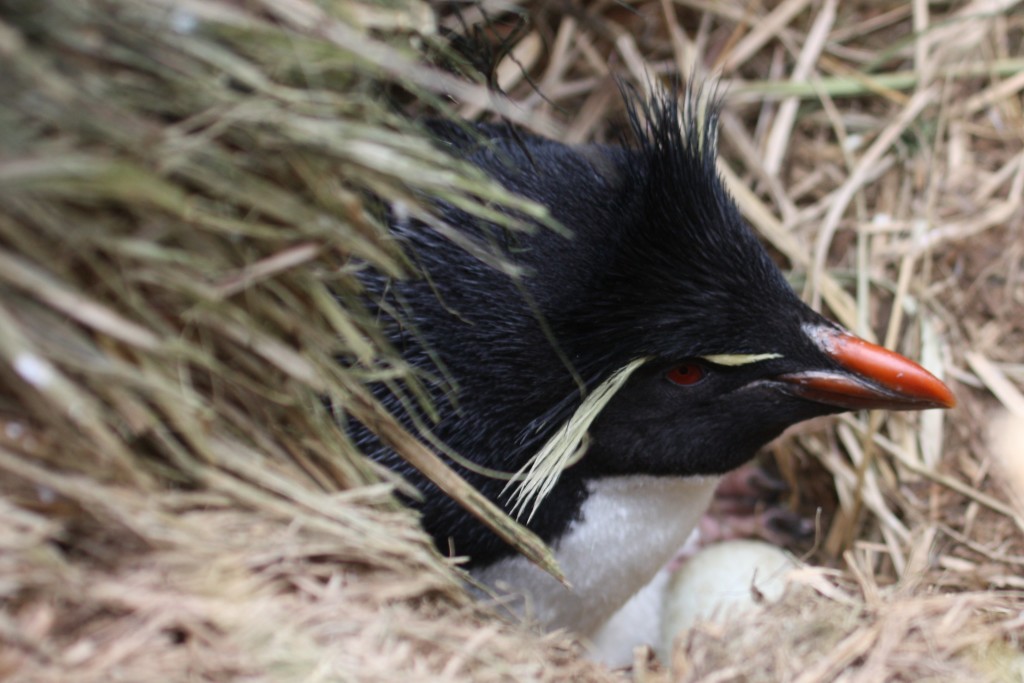 The social life of the colony is pretty raucous: 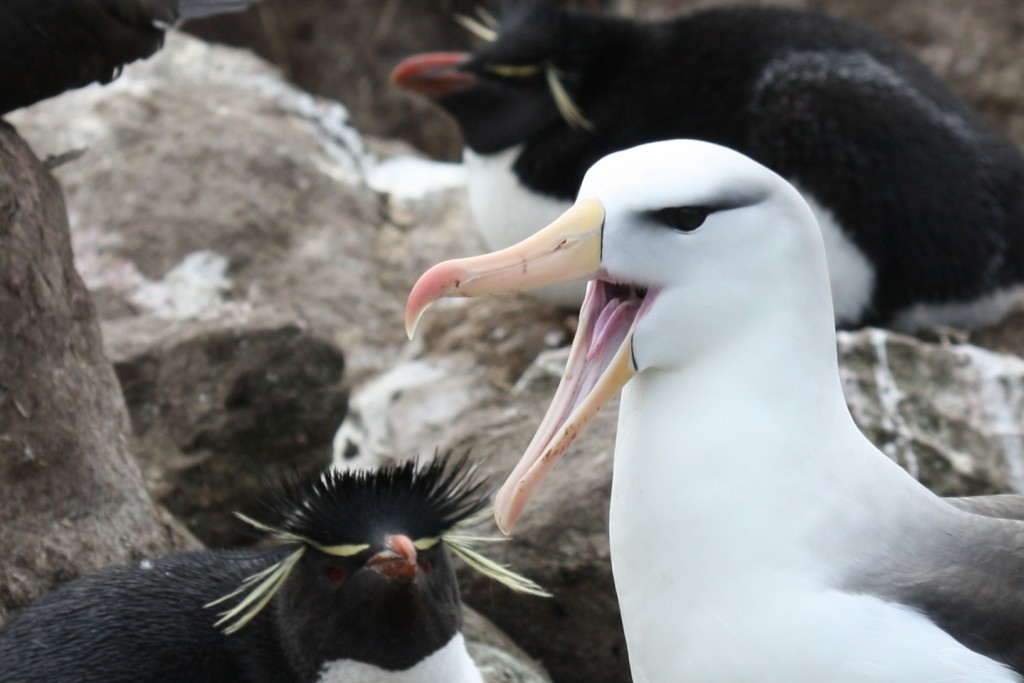 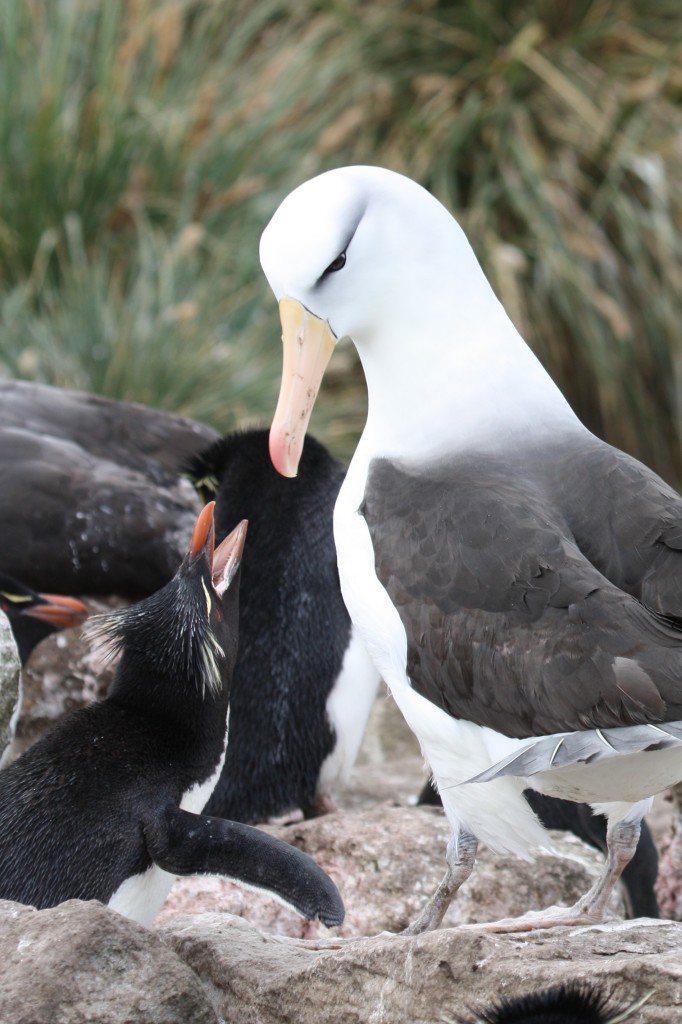 There were plenty of other birds around too. Magellanic Oystercatchers were eyecatching: 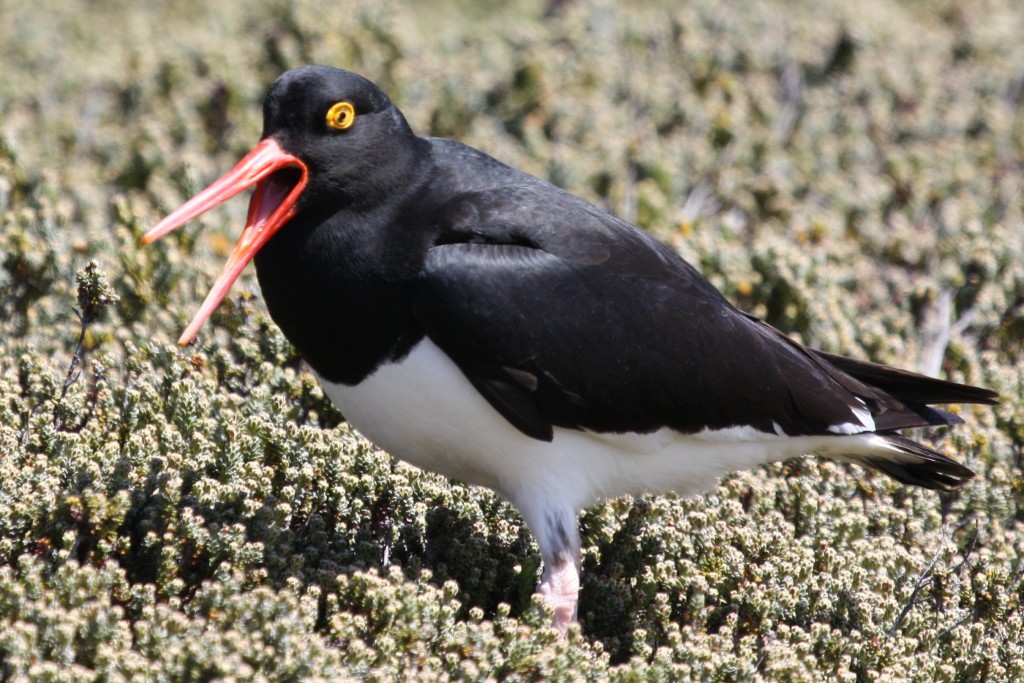 As was the Long-tail Meadowlark: 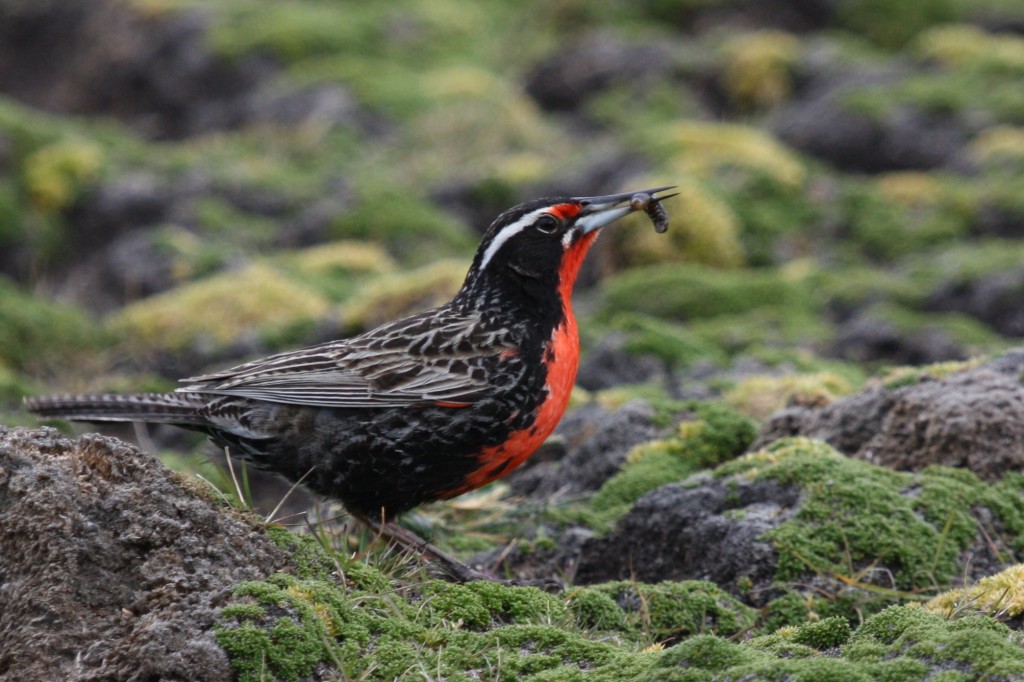 The Striated Caracara is a falcon, but fills the ecological role of a crow on the Falklands, hopping around in search of worms or carrion: 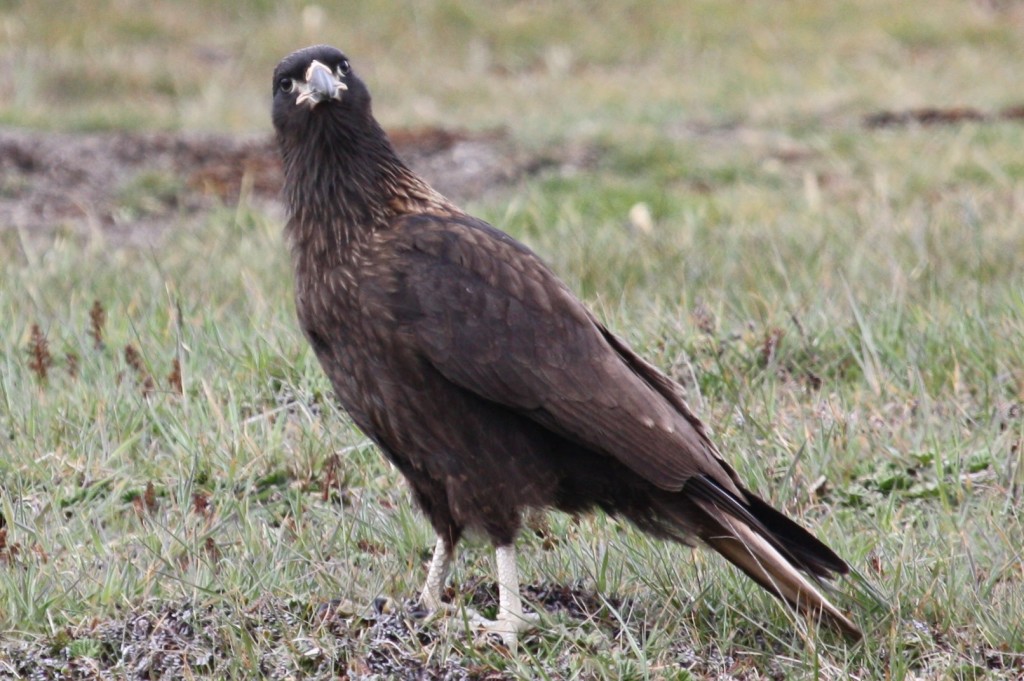 There were lots of geese, many with goslings in tow: 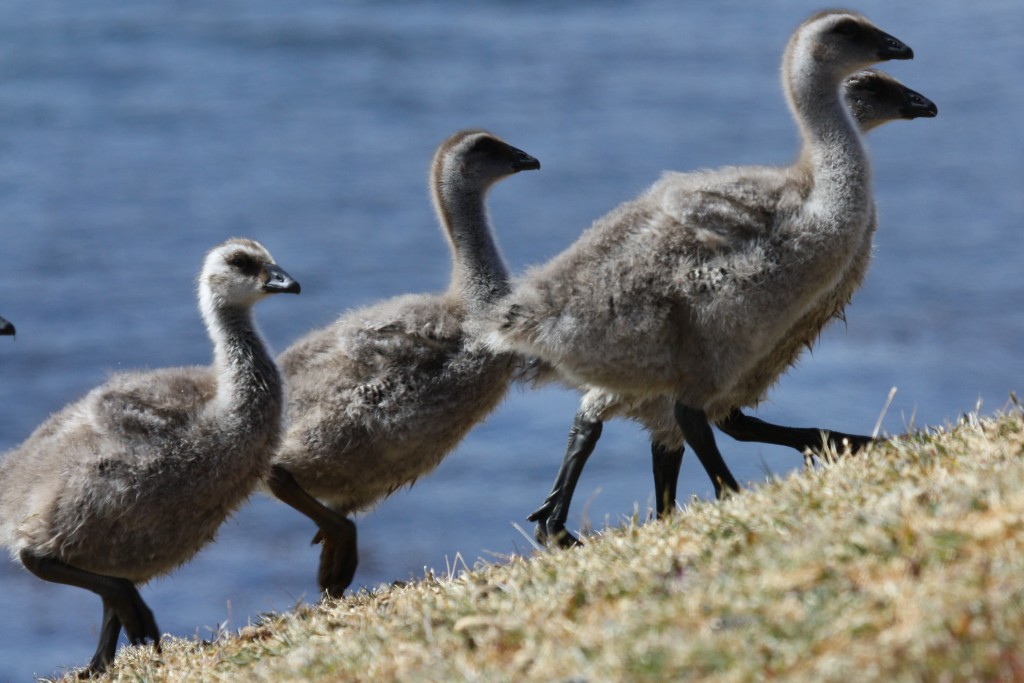 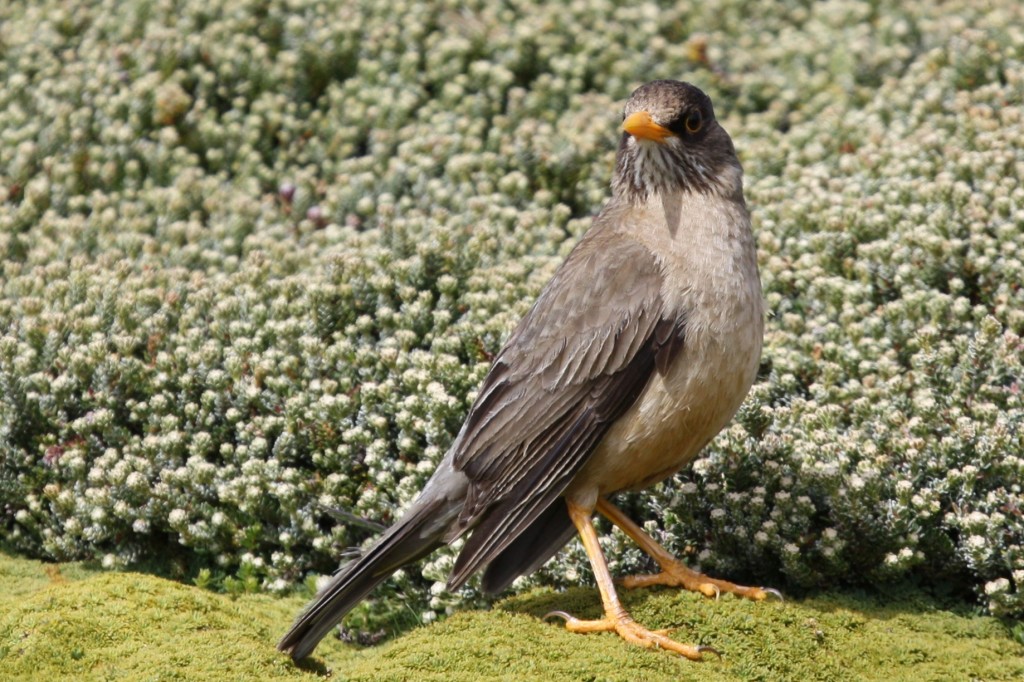 We had our first encounter of the trip with Magellanic Penguins. One thing which I hadn’t properly appreciated about penguins is that most of them live around the latitude of the Falklands rather than in Antarctica; the sight of them standing and lying around in green fields was at first rather surprising: 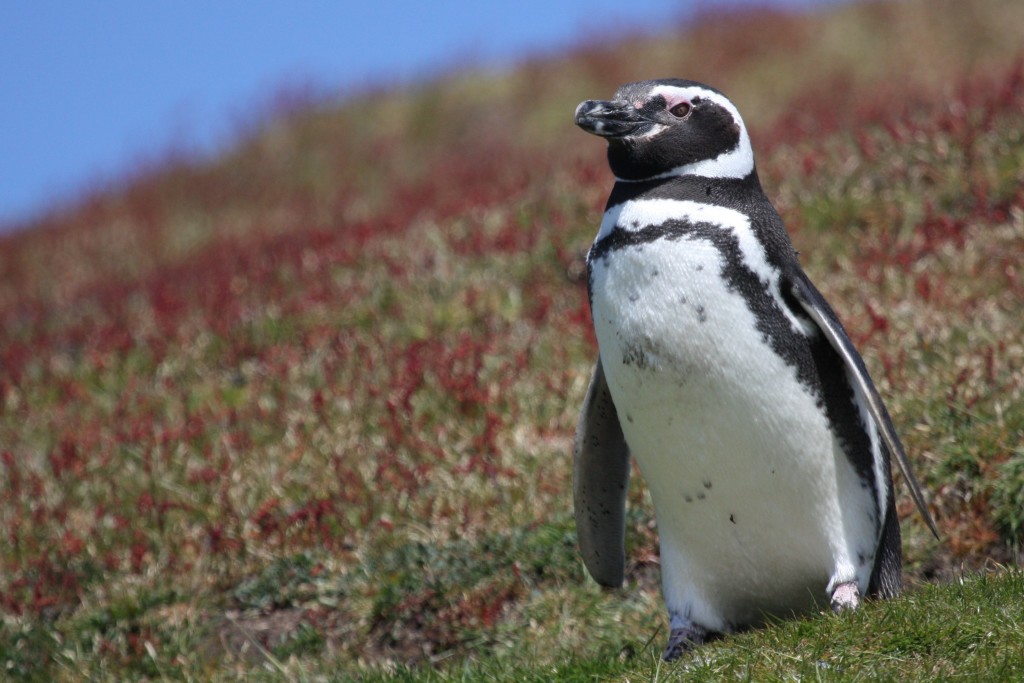 Our last surprise before we went back aboard the Fram was a small gang of dolphins (Peale’s Dolphins, I think), playing just off the beach: 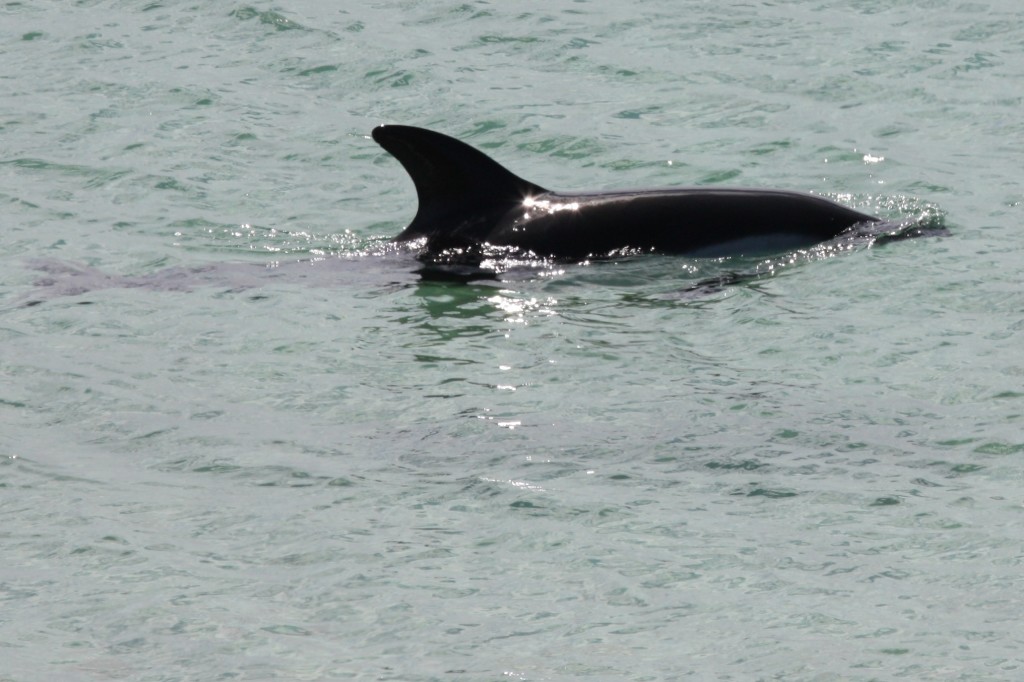 This entry was posted in Falkland Islands, Nature, Travel. Bookmark the permalink.