Though not much of a fashionista, I’ve found the clothing here fascinating.   Like most westerners, my impression of Arab dress until now didn’t go far beyond “women are covered up, and men wear flowing white robes”.   More or less true in so far as it goes, but already I’ve found a lot more to it than that.   For obvious reasons I haven’t been out to take my own pictures for this post; Wikipedia and Flickr to the rescue.

Starting with the men, most, especially outside the big cities, wear the dishdasha: a long, white shirt which reaches down to the feet.  Sometimes down to the ground, which makes for an interesting dalek effect.   There is a tassle on the neck, and decoration down the centre of the chest and cuffs (occasionally even in colours other than white).   They really are very very white, and magically stay spotless all day.

In contrast to the plainness of the dishdasha, the men’s caps and turbans (which are more formal) are startling. 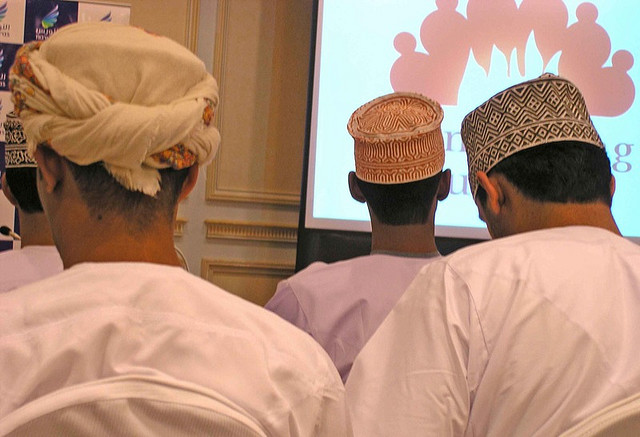 The caps are embroidered with complex designs, while the turbans are both patterned and often in bright colours.   The sight of a classroom full of these caps and turbans bent over desks is rather hallucinogenic.

The women’s abaya is also essentially plain, but can be decorated with patterns of other dark colours or even sequins. 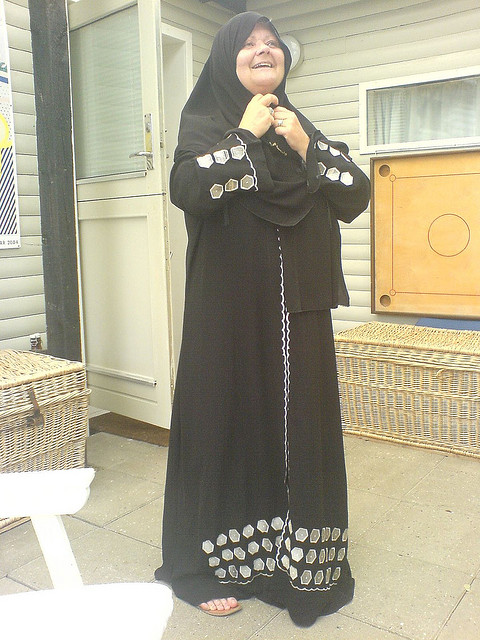 Headscarves can either be black again, or colourful like the turbans of the men.  The scarves can also be draped in front of the face to make a veil, though interestingly veils are expressly forbidden within the college.   One peculiarity is the Batman-style masks worn by older rural women: 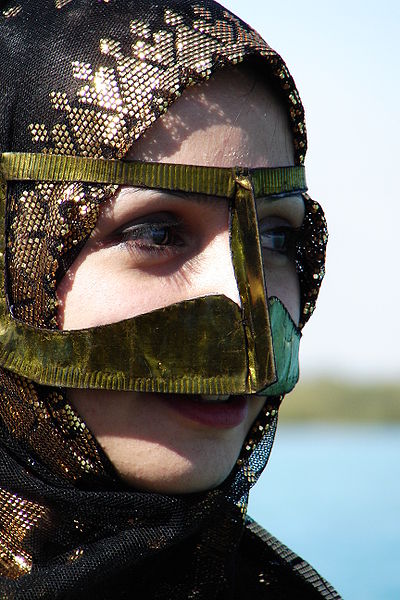 What surprised and fascinates me about both the men’s and women’s outfits is the lack of conflict between simplicity and, yes, modesty, and on the other hand a concern with one’s appearance; a kind of modest showing-off.

This entry was posted in Society. Bookmark the permalink.