After the ticket booth (2o,ooo dong for Vietnamese, 80,000 per imperialist running dog) was a propaganda video being shown in six different huts (and several languages) simultaneously.  We dropped in to the English version as a robot-voiced woman was telling us about a sweet-looking 16-year-old schoolgirl, who “although meek and mild, won the title of ‘American Killer Hero’ in her first battle”.

Some of the guides really were wearing the pajamas, but slightly disappointingly ours had gone for the bush ranger look: 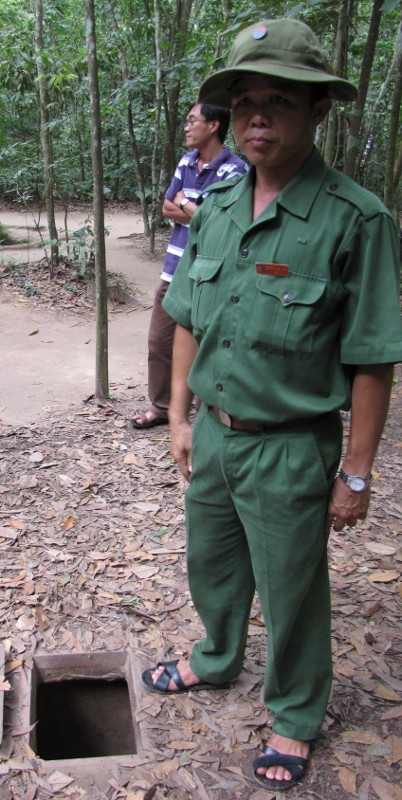 And here he is disappearing effortlessly before your eyes:

He perkily explained the different types of traps (all based on the principle of the skewer), and demonstrated various revolutionary mannekins (some powered by electricity): 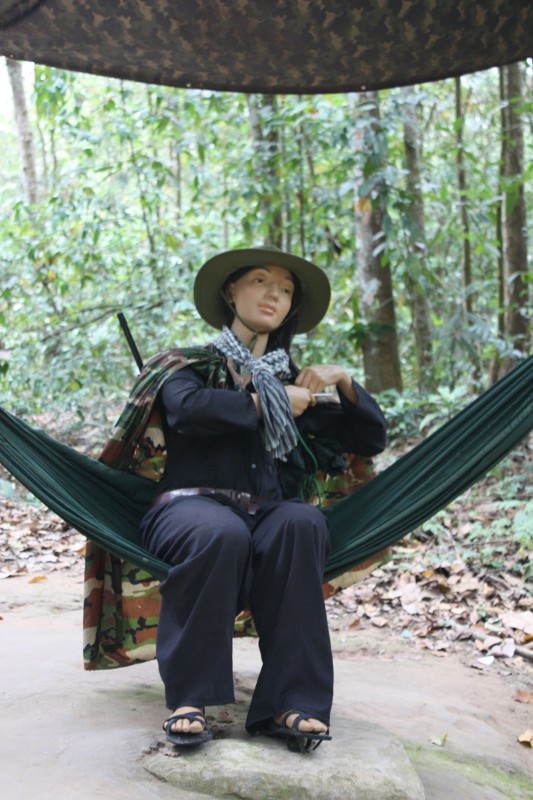 The kitsch factor was then turned up several notches: a shooting range (hit four targets and get a free officer’s hat!); buy your own Cu Chi brand rice wine; and, the piece de resistance, car tyre baby booties: 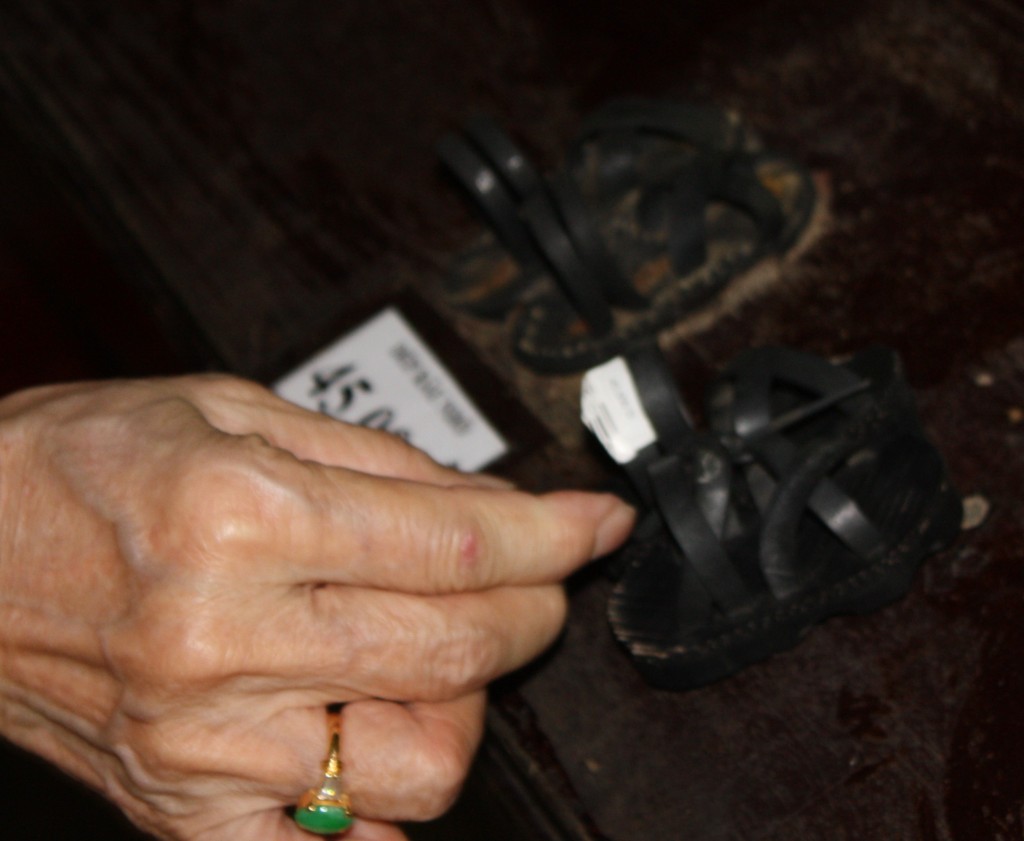 The real point of the trip was the tunnels, of course.  Entrance rules are a bit intimidating: 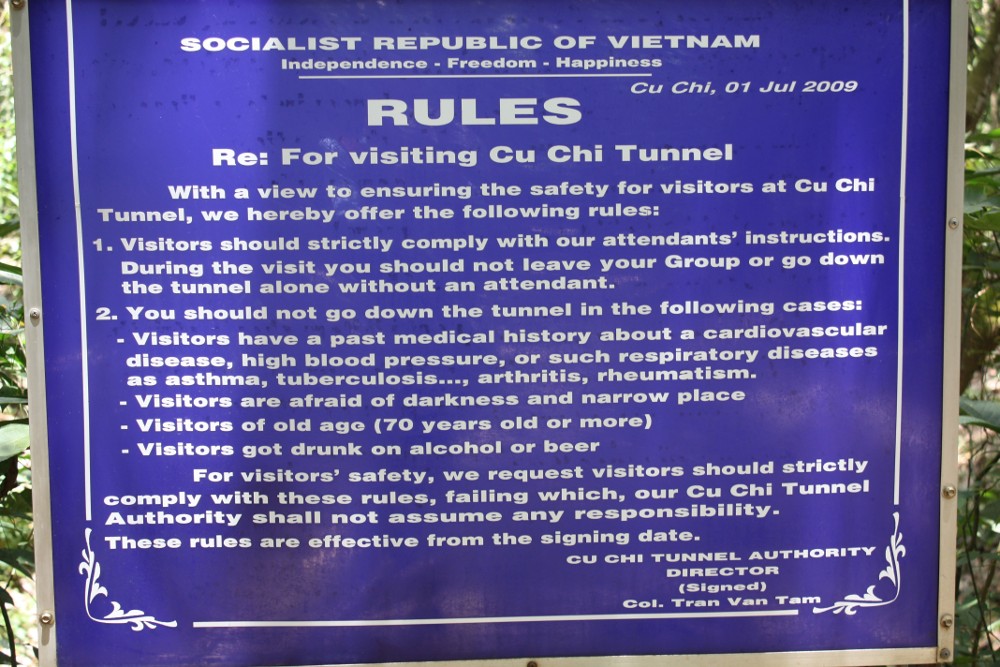 But since we were drunk on nothing but socialism, down we went.

The tunnels are quite intense.   The upper sections are relatively spacious and well-lit: 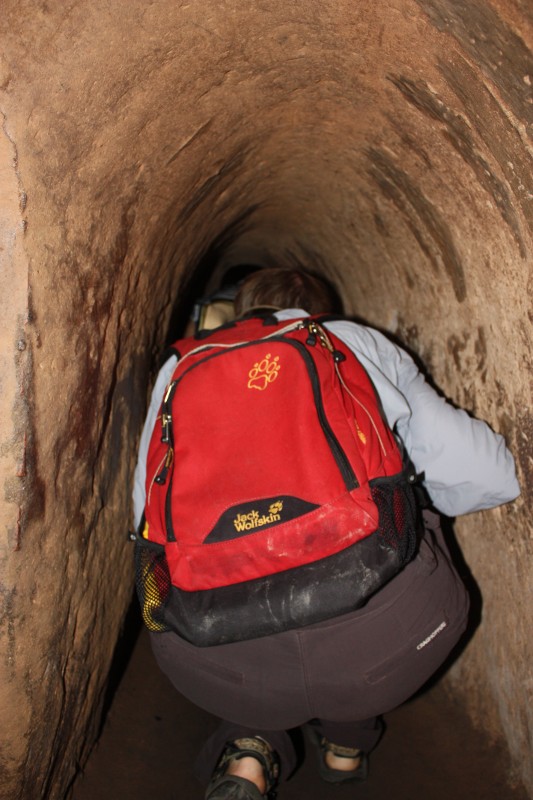 After that, the tunnels became narrower and lower, and the lights became fewer; at various points side-tunnels branched off upwards for those who had had enough.   Afraid of darkess and narrow place?  Well, after five minutes underground I was dripping with sweat, had a slightly elevated heart-rate, and had a new appreciation of the baby-faced killer hero.

This entry was posted in Kitsch, Vietnam, War. Bookmark the permalink.