I’ve recently prepared two books by Edward Thomas for Project Gutenberg: The Icknield Way, and The Heart of England. 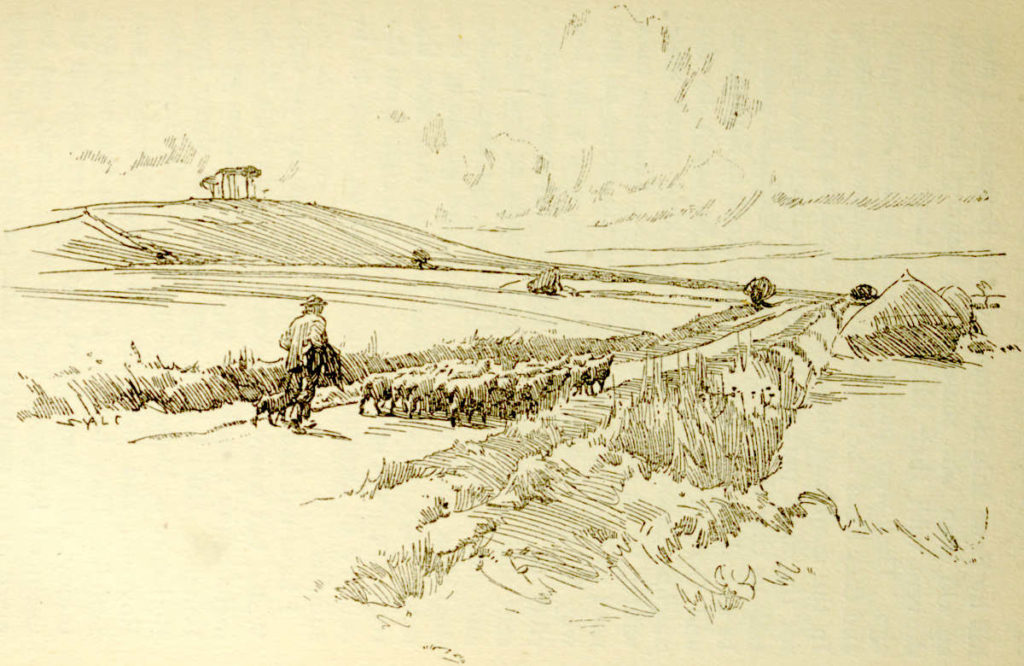 I was all set to love The Icknield Way, on Robert Macfarlane’s breathless recommendation. The reality was pages and pages of description of the path in the least poetic manner possible:

My road was now an ordinary white road between hedges, but with a furzy heath on both sides beyond the hedges. It had no grassy borders, but at the turning to Lackford manor-house there was a little triangular common on the left, of grass, gorse, hawthorns, and an ash tree. On the right there was a larger common, called Clamp’s Heath. On my left I saw corn and a field of pale sainfoin extending to the edge of a dark oak wood. The road was, if anything, slightly embanked over this level ground. After passing the Heath it had grassy borders and low hedges and corn on both sides, and then, after a short distance, no border, and on the right no hedge. Where it descended towards the woods of Cavenham it was sunk a little and had a left-hand border of grass.

A few cherishable snippets are hidden away in there:

There is nothing at the end of any road better than may be found beside it, though there would be no travel did men believe it.

He was a lean, indefinite man; half his life lay behind him like a corpse, so he said, and half was before him like a ghost.

We are looking for straight oak sticks in a world where it is hazel that grows straight.

The truth is that the rain falls for ever and I am melting into it. Black and monotonously sounding is the midnight and solitude of the rain. In a little while or in an age–for it is all one–I shall know the full truth of the words I used to love, I knew not why, in my days of nature, in the days before the rain: “Blessed are the dead that the rain rains on.”

On the whole though, this is one to file under “I read it so you don’t have to”. 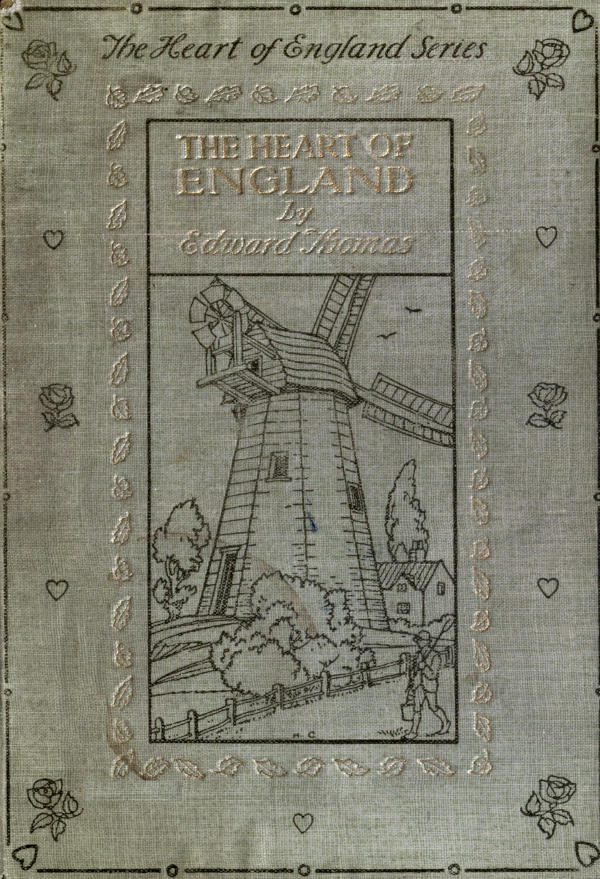 There are many more enjoyable passages in The Heart of England, such as his meeting with an old man and woman:

For her the world is a flat place, decorated with a pattern of familiar and other fields, with hills, rivers, houses, a sea, a London, a Highland valley of children and old-fashioned ways, and infinitely far off towards the sunset, lands of tigers, monkeys, snakes, strange trees and flowers and men, with earthquakes, volcanoes, huge storms, all lit by sun and moon and stars–and a heaven also and a hell.

There are flights of fancy:

The last of the congregation left, but I could still hear the hymn wandering feebly among the tall arches and up and about, apparently restless, as if it sought to get out and away, but in vain. The high grey stone and those delicate windows made a cage; and the human voices were as those of Seifelmolouk and his memlooks, when the giant king kept them in cages because the sound of their lamentation seemed to him the most melodious music, and he thought them birds. Inexorably, the fancy held me that some gaunt giant, fifty cubits high, kept men and women in this cage because he loved to hear their voices expressing moods he knew nothing of.

I rarely see much in the country–a few herbs underfoot, the next field, the horizon woods, some brief light that shows only its departing hem; for, like others, I always carry out into the fields a vast baggage of prejudices from books and strong characters whom I have met. My going forth, although simple enough to the eye, is truly as pompous as that of a rajah who goes through the jungle on a tall and richly encrusted elephant, with a great retinue, and much ceremony and noise. As he frightens bird and beast, and tramples on herb and grass, so I scatter from my path many things which are lying in wait for a discoverer. There is no elephant more heavy-footed and no rifle more shattering than the egoism of an imitative brain.

And some perfect descriptions:

The green woodpecker laughed and shone in his flight, which undulated as if he had been crossing invisible hedges.

This entry was posted in Books, England. Bookmark the permalink.