This year I finally managed to complete and post two long-term projects. The first was Pictographs of the North American Indians — A preliminary paper by the American Bureau of Ethnology, which started on Distributed Proofreaders back in 2004. It’s a substantial work, surveying the petroglyphs, tattoos and other drawings of the native Americans. A few of its highlights are:

a calendar painted on buffalo skin, in which each pictures represents a notable event from that year, so allowing accurate reference to dates: 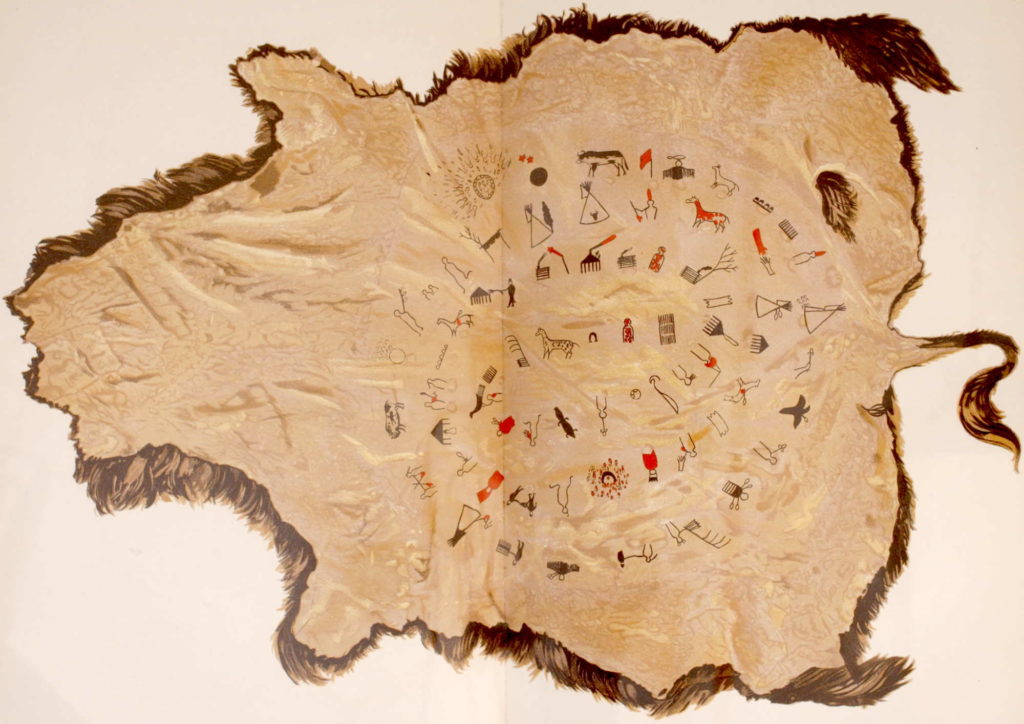 a diplomatic packet sent to the US president as a token of friendship, including a peace pipe and maize:

identification of particular Indians via representation of their names. Here, for example, the man is associated with a depiction of his name “Lean Wolf” — “lean”, because the wolf is incomplete: 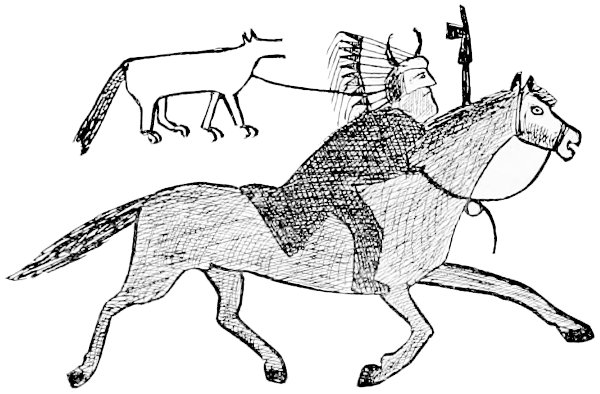 the wonderfully expressive Haida art, such as this squid: 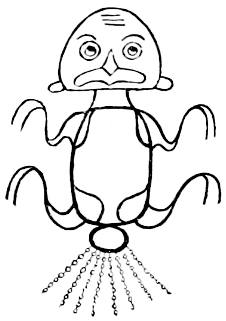 and the mighty thunderbird, with wavy line representing its magical voice: 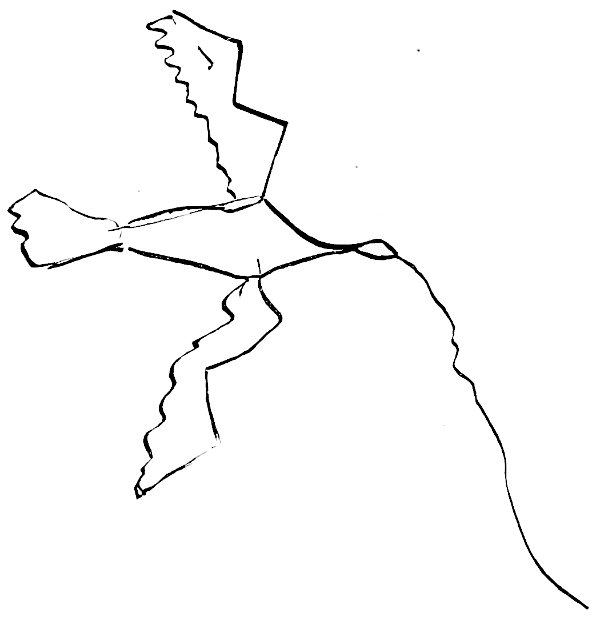 That was of course only the preliminary paper, so the second project was the complete Picture-Writing of the American Indians, also thirteen years in the making, and taking over 800 pages to cover the same material in more detail, along with comparisons to folk art from across the globe.

Here we have, for example, cup art from Scotland: 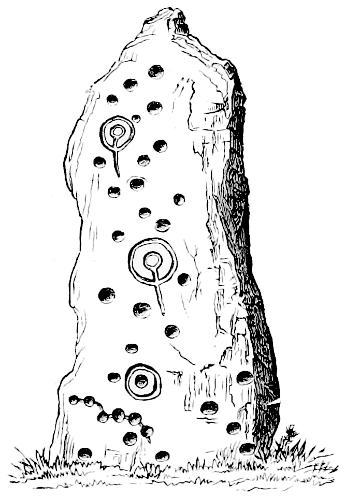 the Giant Bird Kalloo (“the most terrible of all creatures”): 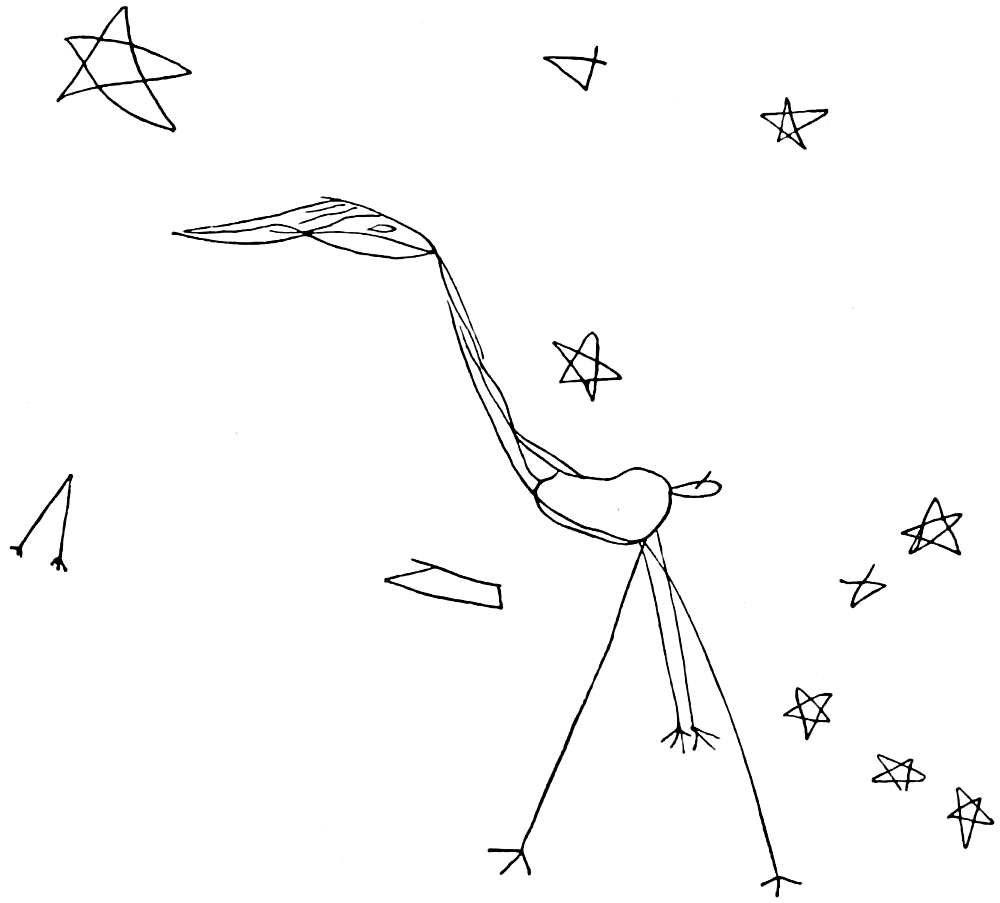 and my favourite, a map of the coast of Greenland, in which the wood is carved to represent prominent coastal features: 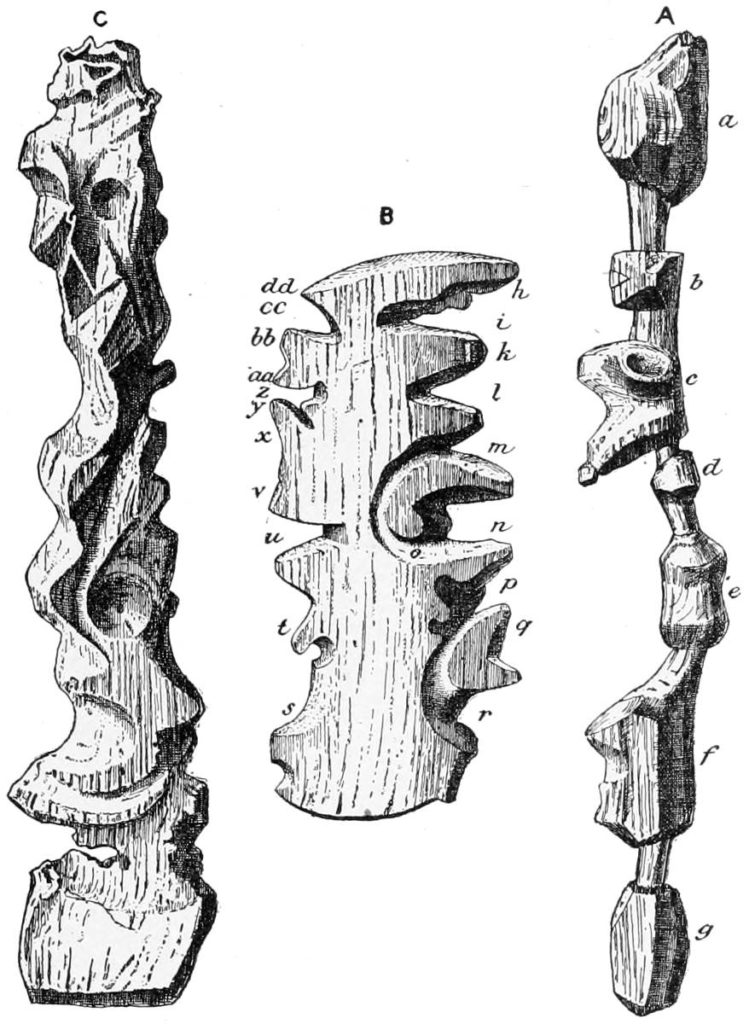 After that I had some light relief with How to Teach a Foreign Language by the great Danish linguist, and pedagogical reformer, Otto Jespersen. His teaching philosophy is neatly summed up:

If something difficult is to be learned, the very first essential is to be much occupied with it; therefore the first condition for good instruction in foreign languages would seem to be to give the pupil as much as possible to do with and in the foreign language; he must be steeped in it, not only get a sprinkling of it now and then; he must be ducked down in it and get to feel as if he were in his own element, so that he may at last disport himself in it as an able swimmer. But what is most characteristic for the prevailing methods is that the translation with its accessories swallows up so much time, that there is none left for this free disporting in the foreign element.

There’s food for thought in a couple of quotations which he provides from Schuchardt:

one really cannot begin to learn the grammar of a language until one knows the language itself.

And an unsettling one to finish with:

This entry was posted in Books, Language, Learning, Nature. Bookmark the permalink.