Reasons to be cheerful, part 3: storks

Our local storks, having started their breeding early, are now at a pretty advanced stage. The four chicks are almost fully grown, despite a diet which seems to have been heavy on vegetation rather than juicy frog and rodent. I still don’t know what this lump was, but they had fun with it: 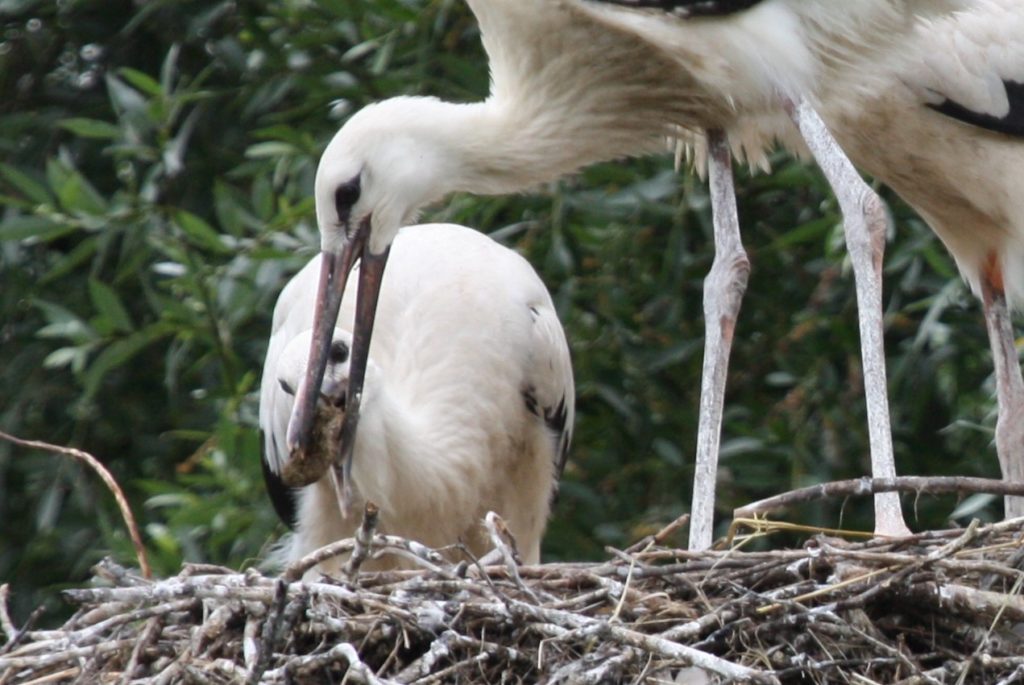 As they’ve grown, there’s been an increasing amount of stretching: 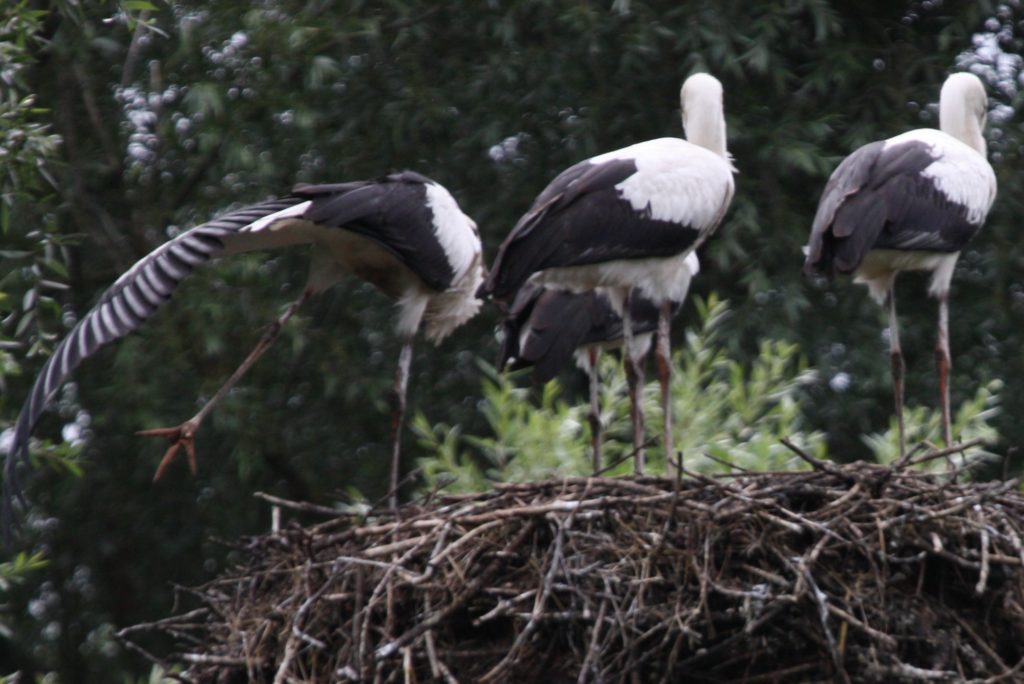 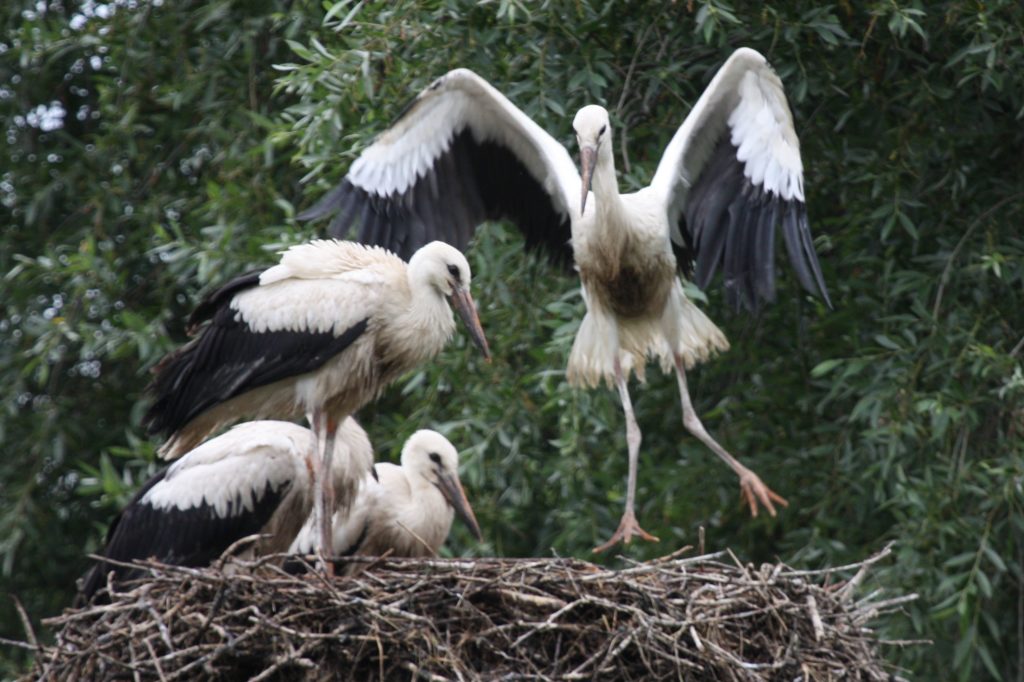 Inevitably, a wing in the face on a hot day can lead to some tension: 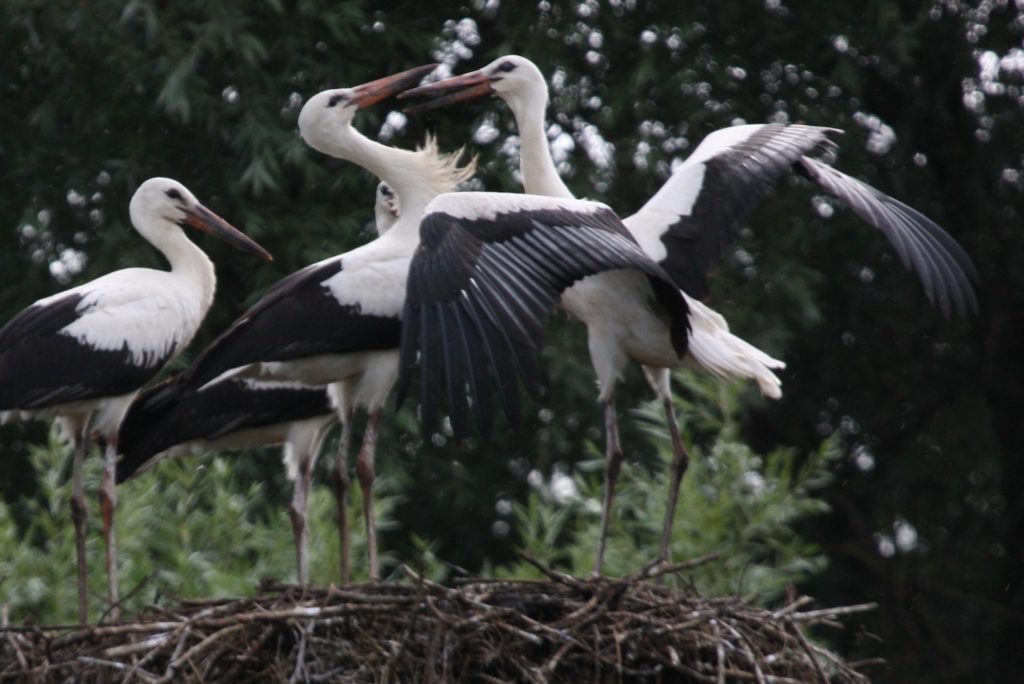 And this week, one of them finally decided to escape. This might even have been his first flight — he was a truly terrible flier: 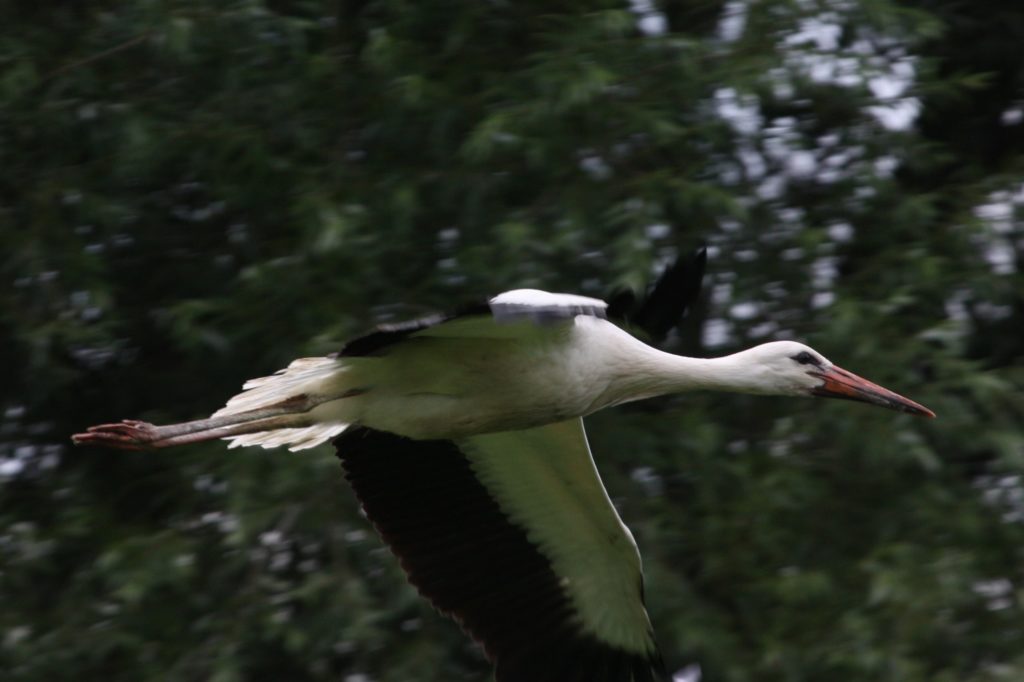 His eventual landing was safe, if not elegant: 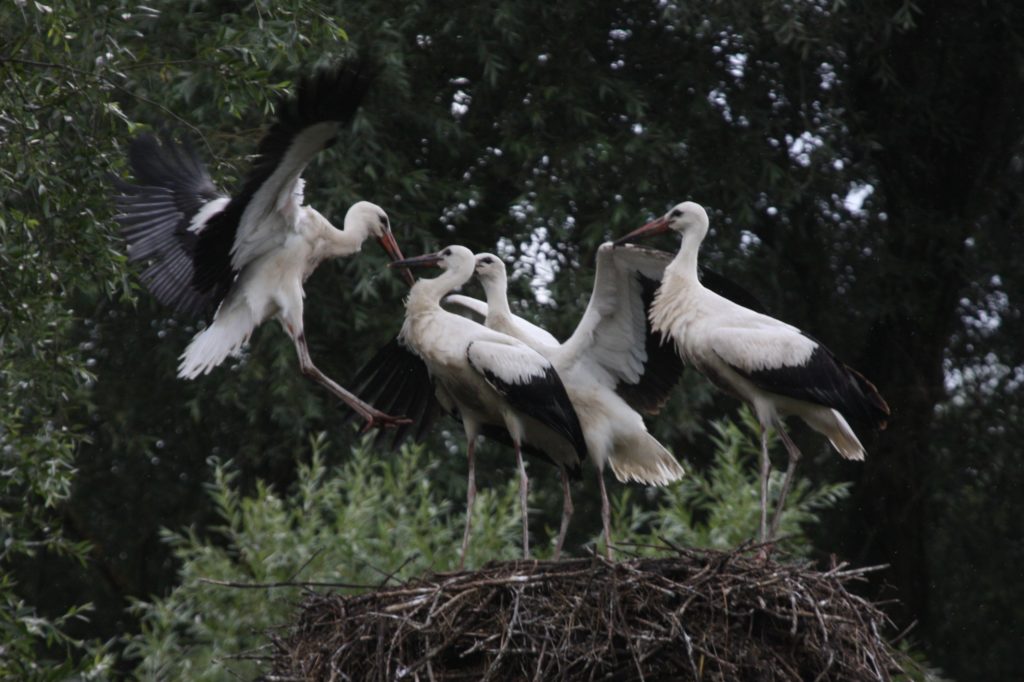 All of them still spend most of their time on the nest: 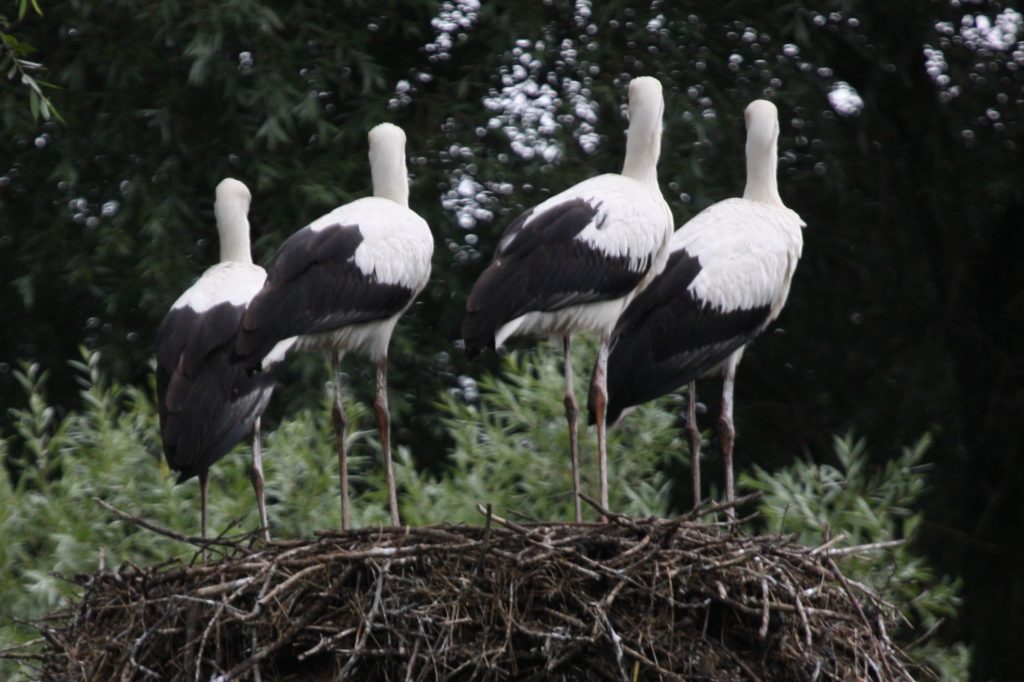 The parents are as busy as ever; here the mother has just delivered a feed (interestingly, her … business activities have rendered her ring almost illegible): 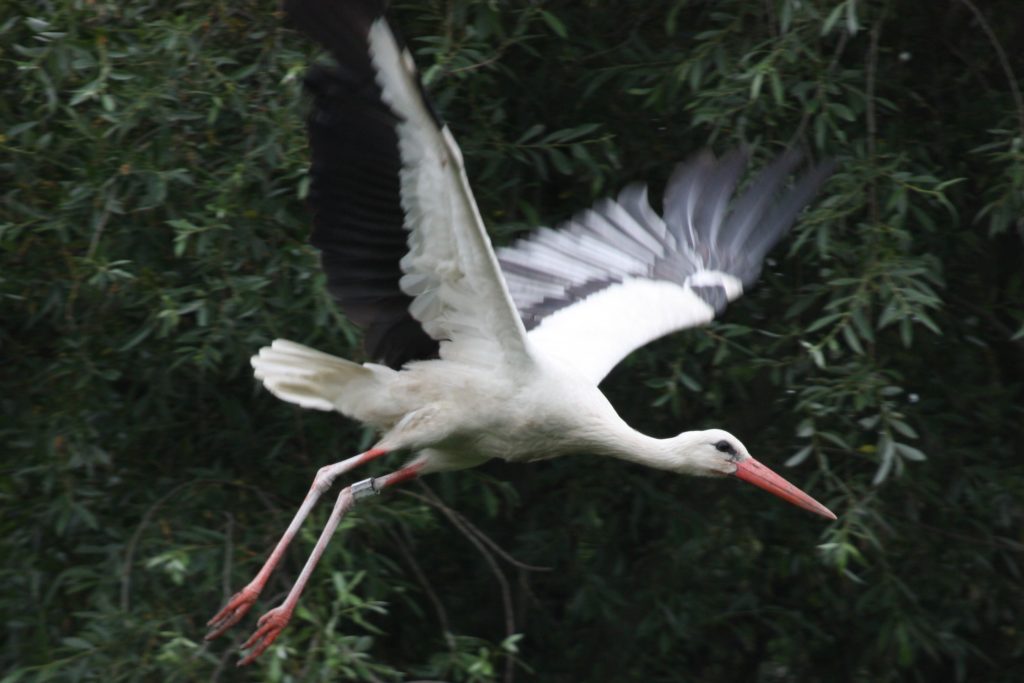 So, we may not have these guys very much longer. The other set of parents were much slower off the mark, so they should be around for a while. Only two chicks there, but they’ve been getting some tasty rat: 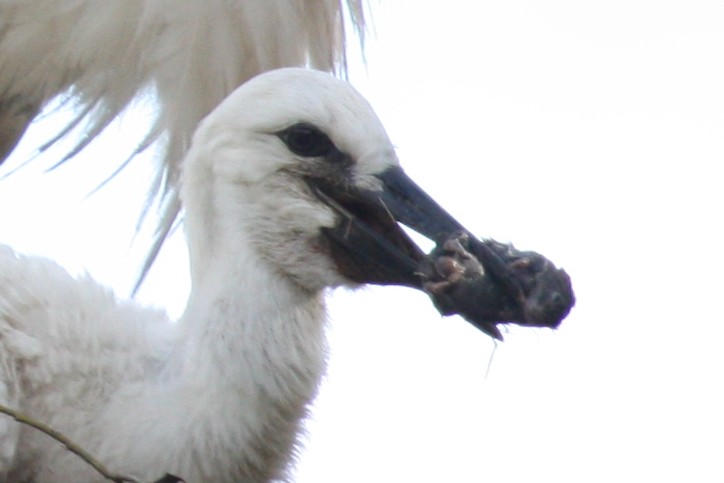 This entry was posted in Nature, Slovakia. Bookmark the permalink.

1 Response to Reasons to be cheerful, part 3: storks